Colvyn Harris to be conferred with AAAI Lifetime Achievement Award 2022

Harris has had a long and successful career in the Indian advertising industry spanning over 40 years. His career was built in one company - JWT, a WPP Group Company, across varied roles, across India and JWT Sri Lanka 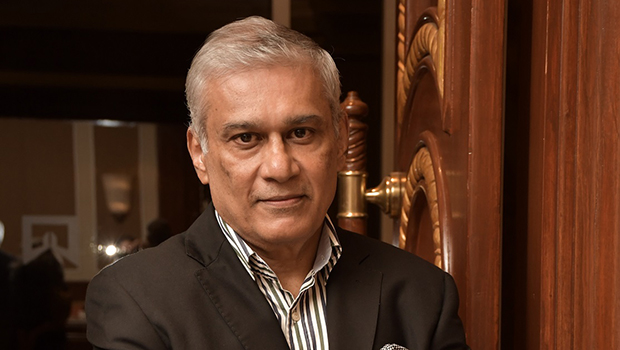 The Advertising Agencies Association of India (AAAI) has announced that the AAAI Lifetime Achievement Award for 2022 will be conferred on advertising veteran Colvyn Harris.

This is the highest honour to be given to an individual in India for his/her outstanding contribution to the advertising industry.

Harris has had a long and successful career in the Indian advertising industry spanning over 40 years. His career was built in one company - JWT, a WPP Group Company, across varied roles, across India and JWT Sri Lanka where he was MD.

He began his career at Hindustan Thompson Associates (HTA), was CEO Contract, and then CEO JWT South Asia. During his tenure he built a formidable full-service agency, most admired for its creativity, scale and reputation.

He has worked on some of India’s most admired brands, notably Hero, GSK- Horlicks, Boost, Citibank, Ford, Airtel, Nestlé.

He ended his career as Executive Director Global Growth and Client Development at JWT. He was also Managing Director (Marketing) at L Catterton Singapore, a global private equity company, part of LVMH, where his role was to help their investee companies working with the CEOs and CMOs for achieving their growth and branding objectives globally.

Harris took a lot of interest in Industry matters. He was a Jury member at the Cannes Lions in 2015, in the Effectiveness Category. He was also President of the Advertising Agencies Association of India in 2010 and Chairman Goafest in 2009 and 2010. During his chairmanship, Goafest grew much faster and was recognised as the largest festival in India for celebration of creativity.

Harris has been a speaker at London Business School, at the Wharton India Economic Summit, Spikes Asia 2010 and Chairman of numerous forums, including a Speaker at World Economic Forum India. He was a WPP nominee to the World Economic Forum Global Agenda Development Council for 4 years. Under his leadership, JWT won several Global Awards, numerous Cannes Lions, including India’s First Grand Prix while he was CEO.

Anupriya Acharya, President, AAAI, said, “Colvyn Harris is in every sense a true pioneer and visionary. Apart from singlehandedly making JWT a top agency, he has also contributed significantly to the industry in various capacities, including as President of AAAI. He’s been a key driver and pivotal force in establishing Goafest as the largest advertising festival in India. I am pleased to say that the entire committee was unanimous in selecting Colvyn as this year’s AAAI’s Lifetime Achievement Award winner. He is truly deserving of this honour.”

The AAAI Lifetime Achievement Award is presented annually to an individual who has been a practitioner of advertising for twenty-five years and had been in the top management position; has been or continues to be an active participant in industry bodies and or made significant contributions in shaping the industry priorities which enabled the advertising industry to grow, prosper and  become more professionalised; an individual known for his integrity, ethical practice and leadership qualities; contributed to his company/companies growth by innovative thinking and taking them in newer directions; involved in projects of social consequence which is seen as a role model for the industry at large and had been an industry veteran.