Amended NTO a big breakthrough for TRAI; a win-win for all the stakeholders

Aimed at lowering cable bills for consumers, the regulator walked on the middle path of regulatory forbearance in the first set of amendments. BestMediaInfo.com analyses the benefits for the broadcasters and distribution platforms 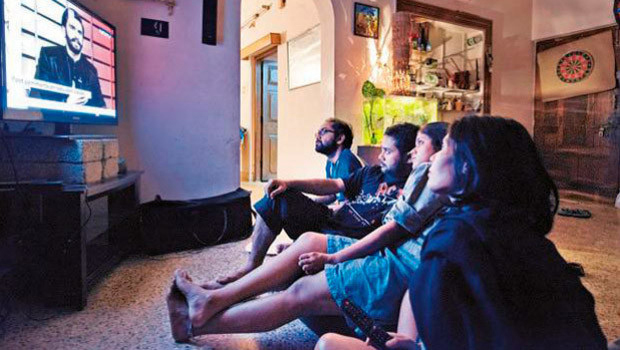 Any problem can be solved only after it is acknowledged and the new dispensation at the Telecom Regulatory Authority of India (TRAI) realised that the new tariff order (NTO) in its current form was way too harsh for the broadcast industry.

The task at hand for TRAI chairman P D Vaghela and secretary V Raghunandan was nothing short of impossible because the views of multiple stakeholders were quite opposite.

While cable operators were pushing for 100% control by the regulator, broadcasters were looking for 100% regulatory forbearance.

In such a situation, the regulator had to walk on a middle path to find a win-win solution for all the stakeholders.

The stakeholders' committee formed by TRAI over the NTO logjam identified 12 issues to resolve in a phased manner. The committee, which had representatives from broadcast, cable and DTH sectors, began with the critical issues and marked other issues including NCF for the second phase of consultation.

Key achievements for TRAI in the amended NTO

The first big achievement for the regulator from the broadcaster's perspective is that the forbearance has been continued on individual channels’ a-la-carte price.

The word “continue” in this context is being seen as a big decision by the regulator because when the broadcasters had increased the MRPs of their channels up to Rs 30, everyone including the government and distributors had asked for capping the MRPs.

With the amended NTO, the broadcasters’ right to price their channel has been retained.

Now, how much will the broadcasters benefit from this forbearance is difficult to say because pricing a channel high irrespective of its content quality has rarely worked in India. Plus, the menace of piracy of content acquired at a high cost has worked as a deterrent for broadcasters when it comes to bringing high-quality content to India.

The second big achievement in the amended NTO is that TRAI has enabled the industry to include all their channels in bouquets which will reduce the burden on the consumer.

The broadcasters have been allowed to offer discounts of up to 45% on the bouquet which means the effective price of a channel priced at Rs 19 will be less than Rs 12. Considering the way the broadcasters had priced their channels at Rs 24, it will reduce the burden of a consumer by more than 50%.

The benefits for the distribution side

The first set of amendments is going to benefit the cable operators and the DTH sector the most.

The entire logjam in NTO forced the consumer away from Pay TV subscriptions and the declining subscriber base was hurting the distribution sector the most. Because from a cable operator’s perspective, the broadcasters were monetising their content on digital/OTT platforms and hence they were not losing as much as the cable operators.

The reduction in cable bills is expected to put a brake on the loss of 2-4% subscribers every quarter.

The second big gain for the distribution sector is the additional 15% incentive to DPOs for bouquets as well, as has been provided for an a-la-carte channel. TRAI chairman had pointed out that the said provision pertains to interconnection regulations and is not part of the Tariff Order.

This is going to benefit both MSOs and LCOs, who traditionally opposed bouquet formation by the broadcasters.

The second set of amendments

In the present amendments, the regulator addressed only those critical issues which were suggested by the stakeholders’ committee to avoid inconvenience to consumers while implementing the Tariff Amendment Order 2020.

The committee listed other issues for subsequent consideration by TRAI and the regulator has already started engaging the distribution platforms for the second phase of amendments.

The authority held multiple meetings with representatives of LCOs including an online meeting which was attended by more than 200 LCOs from across the country.

“Several issues were put forward during these meetings. TRAI has noted the suggestions and may take further suitable measures to address the ensuing issues, if the situation warrants,” the regulator said in its press statement.

Multiple industry sources told BestMediaInfo.com that the Network Capacity Fee is one of the key issues to be addressed in the next amendments which is crucial for further lowering of cable bill of a consumer.

In the current form, the consumer is paying the NCF for the channels chosen by MSOs. This is quite contradictory to the basic objective of the tariff order – keeping consumer choice supreme.

Moreover, MSOs say that the revenue collected in the name of NCF never comes to them from the local cable operators.

It is an open secret that more than 200 free channels are not provided at least by smaller MSOs against the NCF of Rs 130. On the other hand, they charge huge carriage fees from FTA channels to be a part of their NCF offering. (Click HERE to read more on the NCF issue.)

In all, the regulator has another daunting task to solve the NCF issue that has the potential to reduce the cable bill further.