As per Kapoor, CEO and Secretary General, ASCI, the dark patterns like drip pricing, trick questions, nagging, disguised ads, bait and switch are the latest threat to consumer protection 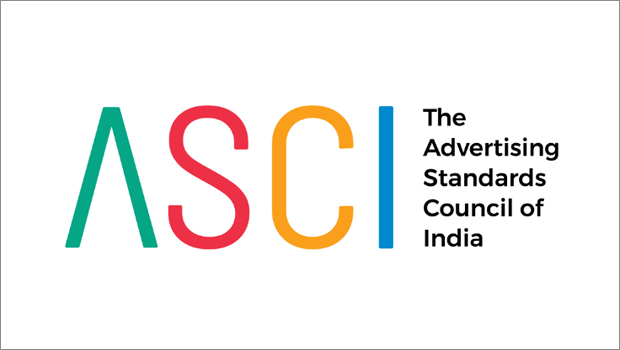 The Advertising Standards Council of India (ASCI) has recently released an extensive report on the kinds of manipulative and persuasive tactics deployed by advertisers in the Dark Patterns Paper. It has also highlighted how UI/UX deployed by digital platforms could manipulate consumer choices and consumption patterns.

According to the paper, these manipulative tactics, or “dark patterns” come in many forms and are not only present across multiple platforms but are increasing rapidly. They not only harm consumers due to their misleading approach but also cause detrimental impact on honest brands.

As per the self-regulatory body of the advertising industry in India, “A dark pattern is a user interface that has been crafted to trick or manipulate users into making choices that are detrimental to their interest - such as buying a more expensive product, paying more than what was initially disclosed, sharing data, or making choices based on false or paid-for reviews, and so on.

Practices like drip pricing, trick questions, nagging, disguised ads, bait and switch, among others, are just some of the commonly found dark patterns on the internet, as per ASCI.

According to Manisha Kapoor, CEO and Secretary General, ASCI, “There is a thin line between dark patterns and legitimate targeting and persuasion tactics. Dark patterns cause consumer harm and with the ever-increasing presence of advertising on digital platforms, these are now under sharp scrutiny of ad-regulators around the world. Eventually dark patterns ruin consumer experience and increase abandonments and make the consumer suspicious of the online space.”

“By choosing fair practices that enhance both consumer and shareholder value, brands can develop sustainable ways of consumer engagement. ASCI continues its investment in technology to track and monitor digital advertising to help keep the online experience safe for consumers,” she added.

Addressing a press conference, Kapoor also went on to state that the discussion paper on dark patterns comes at a time when a vast majority of consumers are exposed to the malpractice on a daily basis while buying commodities or services, booking flight tickets, browsing a website for information, playing games or even while closing an in-app ad.

“Advertisers spend big bucks on the UI/ UX design and in figuring out how our eyes move and what catches our attention on the screen and what we tend to ignore. As a result of this, a lot of dark patterns come up when we surf their website or apps and inherently there is nothing wrong with that as it makes navigation easier, but sometimes when that is used to make us do things that we would rather not do, it often creates nuisance for the consumers,” Kapoor said.

Speaking about how technological advancements have opened gates to increasing misleading ads, Kapoor said, “Earlier the complaints on misleading ads were pertinent to TV and Print, but in the modern times, the complaints against advertising on TV has gone down by 2-4% whereas in Digital it has risen to over 50%.”

The task force examined key issues related to dark patterns to understand which of these practices potentially violate the ASCI code which inter-alia states: “Advertisements shall not be framed so as to abuse the trust of consumers or exploit their lack of experience or knowledge."

The self-regulatory board of Advertising in India has also outlined four key practices that it intends to address through expanding its code: namely Drip pricing, Bait and Switch, False Urgency and Disguised advertising.

Citing an example of one of the prominent dark patterns, Kapoor asserted that when the consumers are trying to close something by tapping on the ‘X’ mark repeatedly but are instead taken to the purchase page or the app’s page on the Play Store or on the App store.

“A key thing to understand here is that not all dark patterns are pertinent to advertising, some of them affect other areas of consumer interest. But for ASCI, since our focus is on advertising, we will primarily look at that, but we do recognise that there are other forms of dark patterns as well. So, we will document all those patterns and get the right stakeholders to take action to protect consumers,” she stated.

In FY 2021-22, 29% of the advertisements processed by ASCI were disguised by influencers as regular content, which is also a part of dark patterns in advertising. Categories found to be major violators were cryptocurrency, personal care, fashion and e-commerce.

ASCI’s Kapoor also emphasised that with the release of the discussion paper, ASCI aims to bring greater awareness amongst all stakeholders and thus has invited comments from all stakeholders and the members of the public on how dark patterns are increasingly making consumers vulnerable and to decide the further course of action. The last date to receive these comments is December 31, 2022.

The COPRA Act in India already provides for action against misleading ads in the form of penalties, thus with the Dark Patterns Paper, ASCI aims to highlight the discrepancies and make the stakeholders aware of the new additions to misleading ads.

ASCI’s Kapoor also stated that some of the categories which indulge in such malpractices of Dark Patterns are, “E-commerce or social commerce or anything related to commerce on the web where you are buying products or services, we certainly see such issues increase. Additionally, influencers are also a key component of disguised ads.”

The discussion paper also cites examples provided by UX experts of alternative practices that are fair to consumers and that can be adopted by brands. These alternatives can clean up the online space of malicious patterns and build consumer confidence in the digital world.