The campaign advocates how the platform has been a medium for contestants to put across their stories and proving how this ‘Manch’ is of the people, for the people, and by the people 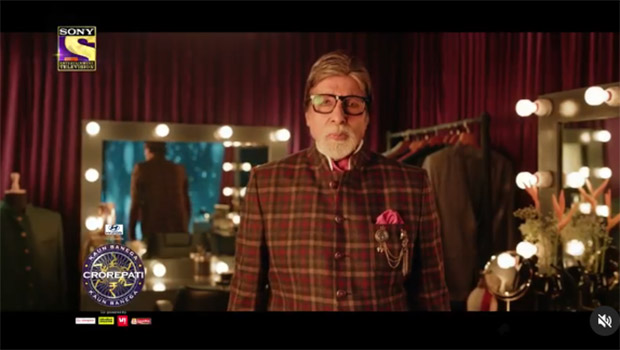 Now in its 14th season, KBC has embraced people from all walks of life and unfolded stories from the nooks and corners of the country. It has become an inspiration across the globe.

Celebrating these real heroes in its 14th season, the show has introduced the campaign - 'Yeh Manch Hi Aisa Hai' advocating how the platform has been a medium for contestants to put across their stories and proving how this ‘Manch’ is of the people, for the people, and by the people.

The show's host, Amitabh Bachchan, serves as the face of the campaign, which highlights how "Kaun Banega Crorepati" has always acted as an inspiration for those who wish to pursue their dreams and aspirations the same way that the contestants on the show do, giving hope to those who aspire to pursue success in life.

KBC strives to promote knowledge and demonstrate the power of knowledge to viewers, making it different from other reality television shows. The "Ye Manch Hi Aisa Hai" campaign touts the contestants as a true representation of the idea of a vibrant, talented, and knowledgeable India.

After commencing on August 7, 'KBC 14' has seen immense fanfare with hotseat contestants like Ayush Garg from Delhi, the first 'Dhan Amrit' winner, Rupin Sharma, the heroic DGP of Nagaland, Rishi Rajpoot, the welder from Kanpur, Army Personnel Girish Tandon and of course the first Crorepati of the season, Kavita Chalwa, the sweet homemaker from Kolhapur, Maharashtra gaining huge popularity.

The special segment every Friday- 'Play Along Shukravaar' has been added to bring more people to the hot seat from the usually chosen contestants which has only added to the charm of the show, truly being for the people, the loyal viewers of the show. As the season moves forward, the show promises to be more in tune with its viewers, connecting with the common people, one story at a time.