This comes on the back of G N Infomedia Private Limited contravening the Downlinking/Uplinking Guidelines under Cable TV Network Rules, 1994 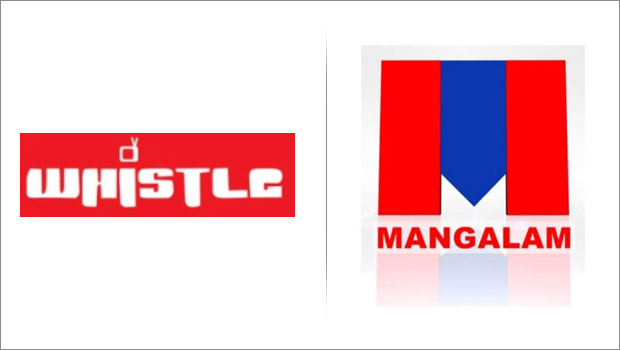 The Ministry of Information and Broadcasting has asked the distribution platforms not to downlink and telecast G.N. Infomedia Private Limited’s two channels – ‘Mangalam’ and ‘Whistle TV’ – for a duration of 30 days w.e.f 26110/2022 under the extant Policy guidelines for downlinking of Private Satellite TV Channels in India, 2011.

Rule 6(6) of the Cable Television Network Rules 1994 specifies that no cable operator shall carry or include in his cable service any television broadcast or channel which has not been registered by the Central Government for being viewed within the territory of India.

In view of the above, all the MSOs/LCOs are directed not to carry the above-mentioned channel on their network during its prohibition period, failing which appropriate/suitable action will be initiated against the defaulter(s) as per the relevant clause(s) of the Cable Television Network (Regulation) Act, 1995 and rules framed thereunder.

MIB in a statement also mentioned that G. N. Infomedia Private Limited is found to be in contravention of Clause 2.1.2, 3.1.13, 5.4 and 5.8 of uplinking Guidelines.

As per Clause 2.1.2 and 3.1.13 of Policy Guidelines for Uplinking of Television Channels from India 2005, the required net worth for the aforementioned 02 channels is Rs. 4.50 Crore.

Clause 5.4 of Uplinking Guidelines 2011, states that ‘The Company shall furnish such information, as may be required by the Ministry of Information and Broadcasting, from time to time.’

Additionally, Clause 5.8 of Uplinking Guidelines 2011, also provides that ‘The company shall ensure its continued eligibility as applicable throughout the period of permission and adhere to all the terms and conditions of the permission, failing which the company will be liable for penalty as specified.’

As per the Ministry's Notice no. 1401/06/2016-TV(1) dated December 19, 2016, the company willing to get the permission renewed beyond its initial permission is required to apply for the same six months prior to the date of expiry of the permission period.

However, in this case, the Ministry vide SCN dated January 14, 2022, informed the company to apply for 10 years renewal for the channels namely, 'Mangalam' and 'Whistle TV'.

The company in response to the SCN vide letter dated January 19, 2022, sought extension of time.

Accordingly, the company was informed to apply for 10 years renewal latest by February 28, 2022.  But the company failed to apply within the prescribed time frame.

Therefore, another SCN dated March 14, 2022, was issued to the company, for which the company again sought extension of time through its response vide letter dated March 28, 2022

Accordingly, the company was informed to apply for 10-years renewal by July 31, 2022 but the company in response to SCN had again sought extension of time.

It is mentioned that, the permission of both the TV channels namely, 'Mangalam' & 'Whistle TV' expired on October 26, 2020 and in order to get the permission renewed, the company  was required to apply for the same six months prior to the date of expiry of the permission period.

However, the company has still not applied for 10-year renewal for its two channels despite a considerable lapse of time. The company has therefore violated clause 5.4 and 5.8 of Uplinking Guidelines, 2011.

The Ministry vide letter dated May 6, 2022 had also requested the company to furnish a copy of the successful transaction (Transaction Ref. No.- 1803220003800) of Bharat Kosh receipt amounting to Rs.5 lakh (as annual fee for downlinking) to the Ministry.

Therefore, the Ministry has directed the company to pay outstanding dues and fulfil regulatory compliances as mentioned above, failing which further action will be taken.

However, if the company applies for 10-years renewal for the two channels and takes necessary steps to remove the other violations of the policy guidelines for Uplinking of TV Channels, 2011, during the period of prohibition, the permission to the channel may be considered for restoration.