The Centre is helpless in stopping the Tamil Nadu government-owned channel from running across platforms without licence for two years. Industry veterans compare this with Namo TV 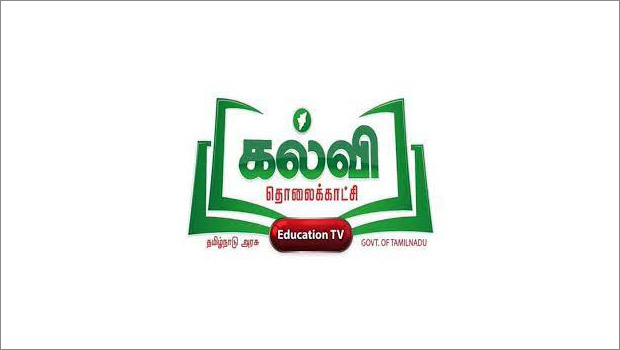 It is turning out to be a Centre versus State battle on broadcasting services again as the Tamil Nadu government’s Kalvi TV continues to be present across cable and DTH platforms despite broadcasting being in the central list.

Kalvi TV is an educational channel launched by the Tamil Nadu government, apparently as a platform service, and not registered under the Ministry of Information and Broadcasting (I&B).

Tamil newspaper Dinamalar reported earlier this month that the channel is subtly promoting the DMK’s agenda, which includes its flag (which is black and red).

In order to restrict state governments from indulging in broadcasting services, the Ministry of Information and Broadcasting (I&B) had written to the chief secretaries of all states and Union Territories in July this year reminding them of the recommendations of the Telecom Regulatory Authority of India (TRAI).

TRAI’s 2008 recommendation stated that states entering into distribution and broadcasting would be tantamount to giving the state some control over what people watch and also over the media.

What does the Constitution of India say?

“As you are aware, the I&B ministry is the nodal ministry for all matters relating to broadcasting. Entry No. 31 in List I (Union List) of the Seventh Schedule to the Constitution of India covers “posts and telegraphs, telephones, wireless, broadcasting and other like forms of communication”. Thus, only the central government, as per Article 246 of the Constitution, can legislate on those subjects,” the letter said.

A senior I&B Ministry official explained that broadcasting is a federal subject and state governments cannot run this.

“SC judgement clearly says that broadcasting belongs to the public and not to the government. Even the central government cannot own any channel. Prasar Bharati is a statutory body and not a Government of India body,” the Ministry official said.

The communication from the Ministry to the Chief Secretaries of the state governments was seemingly ignored and the channel continued to run across platforms.

Then on September 17, 2022, the I&B ministry issued operational guidelines for cable and DTH platforms in respect of "licence fee", "platform services" and "sharing of infrastructure". The guidelines issued by the ministry also bar the platform service channel from sharing content directly or indirectly with any other distribution platform operator (DPO).

"The content of the PS to be exclusive to the platform and is not to be shared directly or indirectly with any other Distribution Platform Operator," the guidelines said.

In case the same programme is found available on the PS of any other DPO, I&B may issue directions to immediately stop the transmission of such programmes, the guidelines said.

"The MIB also reserves the right for cancellation of registration of such PS of the DTH operator," the guidelines added.

However, these guidelines of the ministry also did not bear any results and Kalvi TV continues to be available across various platforms.

How Kalvi TV and DTH platforms are defying the Centre

Since any channel cannot use a satellite for uplinking and downlinking without obtaining a licence from the central government, it is speculated that the Tamil Nadu government might have a captive network of their own for teleporting Kalvi TV to various cable and DTH operators.

When asked how Tata Play is broadcasting the channel, a company spokesperson said, “During the pandemic, Central and various State governments approached us, as well as other Cable and DTH platforms, to carry their educational curriculum, to help school children, as schools were closed, which we did. The service is free of cost for our subscribers and the respective governments were not charged for the bandwidth too.”

Tata Play did not disclose how they are getting the signals of Kalvi TV for distribution.

A distribution expert from another network, speaking under the condition of anonymity, said, “It is highly unlikely that platforms would defy I&B ministry’s guidelines without any solid backing or a big loophole. The ministry will have to find out and stitch those loopholes in order to stop this.”

States continue to defy the Constitution

Tamil Nadu government’s Kalvi TV set the wrong precedent as the Andhra Pradesh government too jumped on the broadcasting bandwagon.

On July 28, 2022, the Andhra Pradesh government announced that it will soon launch a Telugu television news channel of its own, to highlight Chief Minister Y S Jaganmohan Reddy-led government's initiatives, ahead of the next general election due in early 2024.

The APSFL currently has 10 lakh subscribers to its FTH triple-play services that include television channels, a fixed telephone line and broadband Internet.

As per the plan, the channel will beam all news related to the state government through its Fiber-to-Home (FTH) network.

According to NewsDrum, an APSFL official said, "Since it is a government channel, the MSOs will be required to air it. We will later take it to the Direct-to-Home networks as well,".

Reacting to this, the I&B ministry officials said that the AP government must not have taken the rules laid down by the government into consideration while making the announcement.

How the AP govt followed the TN model

State governments have been accused of paying no heed to the Constitution beyond running channels like Kalvi TV or the proposed AP Fiber News.

Entry No. 31 in List I (Union List) of the Seventh Schedule to the Constitution of India covers “posts and telegraphs, telephones, wireless, broadcasting and other like forms of communication”. This bars the governments from owning a cable, DTH or IPTV network.

In this context, the question arises of how AP State FiberNet Limited and Tamil Nadu Arasu Cable TV Corp. Ltd. got the licence from the Centre under the digital addressable system (DAS).

It all started with the I&B ministry issuing a provisional licence to Arasu Cable, amidst an ongoing legal battle, in order to complete the digitisation process across the country.

The provisional licence to Arasu Cable, which continues till date owing to pending legal cases, set the wrong precedent and gave birth to an IPTV network run by the AP government.

“The TN government’s Kalvi TV running on DTH platforms is similar to Namo TV, which was supposed to be a platform service, exclusive to one platform, but was made available to all the platforms including DTH. That was shut down after a huge uproar. This is a serious breach of our Constitution and the central government will have to come down heavily on state governments before it is too late,” said a broadcast industry veteran.