To heighten the experience of the festivities, Agamani songs are being played by the channel every hour to create the hum 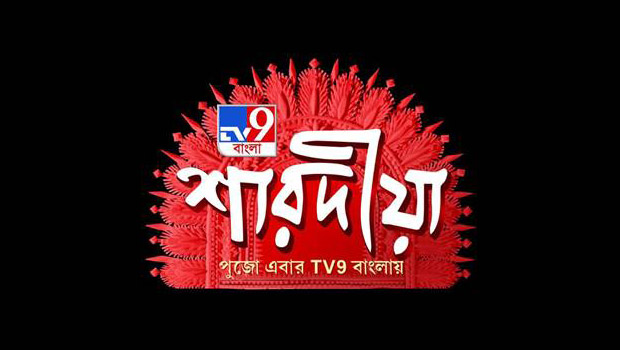 TV9 Bangla has lined up a number of special programmes for the occasion of Mahalaya and Durga Puja, which is celebrated with gusto in Kolkata and the rest of West Bengal.

To heighten the experience of the festivities, Agamani songs are being played every hour to create the hum. Every day sharp at 4:30 pm, a special bulletin “TV9 Amar Pujo” is providing viewers a ringside view of the puja preparations on the ground throughout Bengal.

In our society many women have found their place under the sun by the dint of sheer courage and determination to smash barriers. They have stood beside women who are oppressed. TV9 Bangla is chronicling their lives on the screen in a series of programmes titled “Anya Durga”. This series will go on air from 7:30 pm on September 23.

Another series “Meyer Hatey Mayer Pujo” highlighting how women are organising Durga Puja will begin at 2:30 pm on September 27.

Mahalaya is a special day in the year when Bengalis remember their ancestors with fondness and reverence. They are beside us in the days of festivities. TV9 Bangla has crafted “Acho Ontore”, a special programme steeped in nostalgia and timeless charm of Mahishashurmardini as well as the lives of four of modern Bengal’s creative personalities.

It will be a melting pot of Bengali songs of different genres from Tagore songs to modern numbers to folk tunes. Some of the most beloved artists such as Sraboni Sen. Sreeradha Bandyopadhyay, Manomoy Bhattacharya and Saurav Mani will participate in this programme. Artist Hiran Mitra will paint on canvas, danseuse Sutapa Talukdar will set the rhythm with her craft while sarodist Tejendra Narayan Majumdar will unleash magic with his nimble fingers. Unknown anecdotes of how the famous trio – Birendra Krishna Bhadra, Pankaj Mallick and Bani Kumar – put together the eternal magic of Mahishashurmardini will be recounted in this programme. Thespian Debshankar Haldar will recount the legacy and heritage of the four creative sons of Bengal in his own inimitable narrative.

“Acho Ontore” will set the tone with a completely different agamoni. It will be telecast at 7 am on Sunday, September 25, the morning of Mahalaya.

On the same day, TV9 Bangla will also relive the history and tradition of how Bengalis organised and celebrated the Pujas down the ages.

The Pujas also trigger a completely different activity for many Bengalis. They pack their bags and start travelling. “Pujoi Cholo Rajar Bari” is a series of programmes that will highlight destinations – royal palaces and mansions of yesteryears – where the pujas have been organised down the decades and which carry a combination of heritage and tradition. It will start from 3:30 pm on September 23.

“Pujor Bioscope” that will be aired at 5 pm also on September 23 will cater to a completely different facet of the festivities.

On the five days between Sasthi and Dasami, the screen will come alive with continuous coverage of all the top-draw pujas in Kolkata and the districts. A special “Pujor Adda” – free-wheeling chat sessions that spice up life in Bengal – will be held at 2 pm on these five days. Faces from different walks of life from the cultural world to politics will slip into adda mode to make the sessions pulsate with a mix of songs, anecdotes, acting and recitation. On the evening of Bijoya Dasami the festivities will culminate in a grand send off for the goddess on the banks of the Hooghly river.

The Pujas have also turned into a space for competition – a time of creative one upmanship – among the organisers of community pujas.

The proceedings will be telecast at 7:30 pm. At 5:30 pm on Astami the best apartment pujas will be announced. The best of the best will be awarded in a ceremony on October 21.

The Intergovernmental Committee of the UNESCO that met in Paris last year in December inscribed” Durga Puja in Kolkata” on the Representative List of Intangible Cultural Heritage of Humanity. It was a global recognition for Bengal’s fondest festivities and the unique efforts to involve marginalised people and women – in short, championing the inclusive spirit that Bengalis have held so dear to their heart down the ages.

On the first day of September, the state government had arranged a spectacular procession in Kolkata to thank UNESCO officials. Colourful processions took place in other cities of the state as well. The chief minister accompanied by several of her cabinet colleagues and important personalities walked in the jamboree in Kolkata that was peppered by a number of cultural shows, which regaled the UNESCO representatives and general public across the country and abroad.

This spectacle also started the drumroll setting the countdown of the festivities.