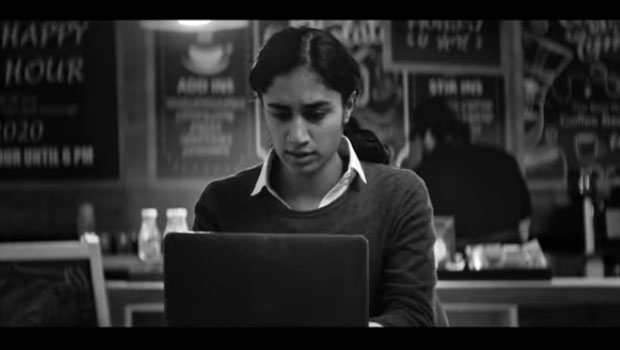 Times Internet’s short film ‘Nip in the bud’ has been honoured with Official Selection at the Indian Cine Film Festival 22. The film has been written and directed by Titus Upputuru.

The disturbing film goes into the power corridors of a company to show the subtle act of dominance. The film shows a young woman meeting business tycoon for a job interview. The man intrudes into her personal space and begins to touch her awkwardly all the while talking and smiling to her.

At first, the young woman gives him the benefit of doubt that perhaps he was treating her like his daughter. Until she begins to feel increasingly uncomfortable with the way he takes liberties by rubbing the back of his arm against her chest and placing his hand on her thigh. She looks shocked and makes a quick exit.

On her way out, the man threatens that she would not make a career with that kind of attitude. The young woman goes into a café and takes to social media to share the experience. The film takes a twist when we see the post being read by a woman, realising to her horror that it was the same man who abused her years ago.

A photograph on the mantle reveals that the two women were related and happen to be mother and daughter. The film ends with the message ‘If you are delaying, you may be encouraging’.

Upputuru said, “I thank God for this honour. I am also extremely delighted and grateful that the film on this very relevant topic resonated with the Jury. It was a very sensitive subject, and I thought its best to go behind doors and show what transpired. I loved working with veteran actors like Sheeba Chaddha and Vikram Kapadia who readily agreed to do the difficult parts and have done them so wonderfully. Sreya was a natural. The entire unit was amazing and so supportive!”

‘Nip in the Bud’ had also won the prestigious DadaSaheb Phalke Award earlier this year.