The interview conducted by News18 Tamil Nadu’s Editor Karthigaichelvan, went live on the regional news channel at 8 am on September 20 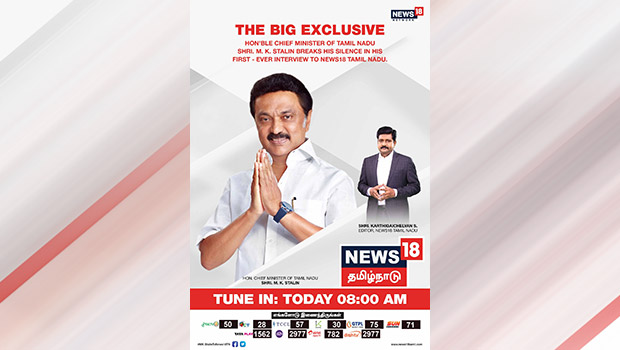 The interview touched upon a range of contemporary issues concerning the state such as the opposition alliance, BJP, and the odds of him being a king or kingmaker in the 2024 general elections.

This is MK Stalin’s first-ever interview with a media house since becoming Tamil Nadu CM on May 7, 2021.

The interview aimed to summarise a range of political concerns including his estimation about DMK’s performance in the upcoming polls and his increasing interest in an alliance with Congress.

The interview will also be available on www.Tamil.News18.com and News18 Tamil Nadu’s social media websites.