Sharma, Category Director- Mountain Dew, PepsiCo India, spoke to BestMediaInfo.com about the brand’s decision to not use celebrities for this campaign and how they look to be more focused on digital in the days ahead 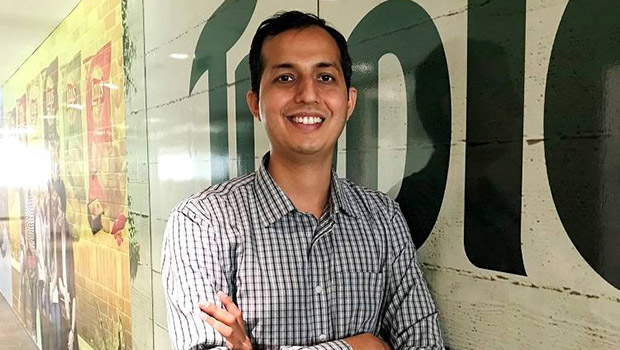 Mountain Dew’s ‘Darr ke Aage Jeet hai’ is one of the most iconic taglines from the last decade. The brand has always had an aspirational appeal with A-list actors like Hrithik Roshan promoting it. Come this year, though while staying true to its theme it is showcasing the struggles and fears of regular people and how they overcome them in its latest campaign.

Through this the brand is focusing on creating an affinity with the consumers and also being stronger on the digital medium, as per Vineet Sharma, Category Director- Mountain Dew, PepsiCo India.

Elaborating on the idea behind the campaign, Sharma said that their target audience is the ‘tribal youth’ who believe they have it in them to win and move ahead. He said as the audience today is far more digital-oriented they saw an opportunity to talk with them at an everyday level.

Sharma also emphasised that with so many choices being out there, it is important for brands to capture audiences, and he also stressed the importance of building aspiration as well as relevance.

“I think as brands we believe that it is important to have aspiration, as well as relevance. Therefore, there are different pieces for them. However, I feel it is important for brands to do both,” Sharma said.

Upon being asked if not using any celebrity for the campaign this time was a strategic move, Sharma said, “Celebrities are a very integral part of our communication, they help us bring alive the brand persona and brand aspiration very well. They also connect with the masses. On the other hand, it is important for the content that we bring alive on digital to be very engaging. Only if the content is good a celebrity can enhance its appeal.”

He further said that the brand will continue to work with celebrities in the times ahead, and the recent piece of work is something in addition to what the brand has been doing over the past few years.

Sharma added that the campaign will be followed up by an influencer marketing activity. “We will be inviting people to come to share their stories and how they overcome the challenges in their lives. Essentially it is about celebrating stories of courage,” added Sharma.

Speaking about their advertising strategy he said that the brand focuses on being relevant across the year. He also said that while they focus more on digital, the investments in TV will not stop. “I would say the focus on digital has increased, and the intent is to drive conversations and engagement far more than it was earlier. The combination of TV plus digital will drive conversations.”

Competition in the beverage industry

Upon being asked about brands like Reliance trying to enter the soft drink category in India, Sharma said that the industry as a whole is thriving and in the days ahead there could be more options for consumers.

“The beverage industry is something which has been doing really well and we have had a lot of competition. India is a country of 1.4 billion people, and on the way to becoming one of the biggest GDPs, we feel there will be more options for the consumers coming up. This is a very thriving industry,” he added.

According to Sharma, 2022 has been a great year for them as the economy has opened up. “Offices, colleges have opened so more and more occasions of our consumption have opened up. The last two years, we saw a lot of consumption happening in the house and at small celebrations.”

He concluded that their focus is definitely to look at growth while engaging with the consumers in a more compelling way than before.