The company will first-time target to go deeper into the regional market with app versions in eight vernacular languages - Bengali, Telugu, Marathi, Tamil, Gujarati, Kannada, Malayalam and Odia - to potentially reach 350 million users in these regions 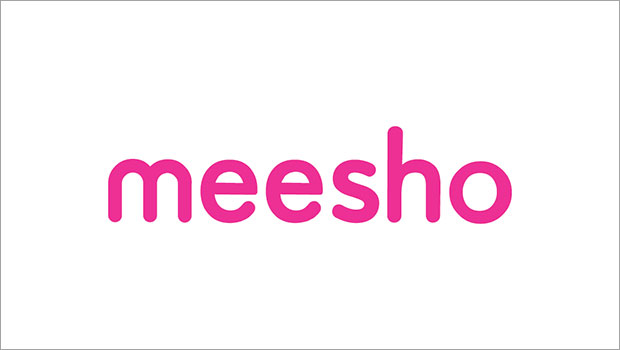 The celebrities have been roped in to create influence over local audiences.

"These celebs will be seen in a brand new, quirky avatar, each of them donning the role of sellers in different categories and representing the regions they respectively belong to – building local relevance with customers across Bharat," Meesho said.

Although, Ganguly made a goof-up while posting about the brand on social media on Friday. All the celebrities were not supposed to reveal the name of the brand in their first social media post as part of the promotional stunt. It was to look like a poster for some mega-blockbuster. But in a copy-paste error, Ganguly’s team posted the whole script including the instructions “Please ensure that Meesho brand name or Meesho hashtag is nowhere mentioned in the September 1 post.”

He later deleted and re-uploaded the post, but it was already too late. Screenshots of his original post took no time to go viral on Twitter. 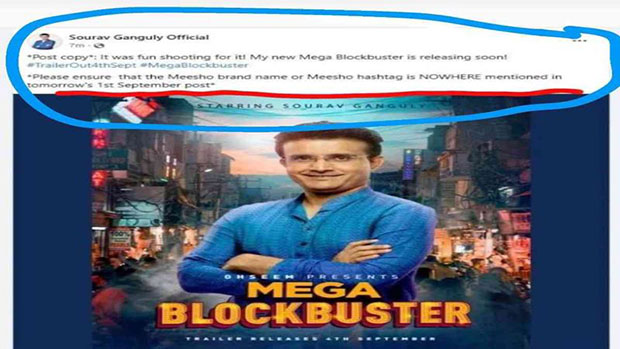 Meesho too reacted on its social media handle and wrote “When Dada hits, it's a 6. When Dada mishits, it's still a 6.” They also shared the screenshot of the post where it all started.

The company will first-time target to go deeper into the regional market with app versions in eight vernacular languages - Bengali, Telugu, Marathi, Tamil, Gujarati, Kannada, Malayalam and Odia - to potentially reach 350 million users in these regions.

The unicorn e-commerce start-up claims to have increased its registered seller base around 3 times to 7.25 lakh compared to 2.5 lakh it had during last year's festive season sale and product listing on the platform has gone by over 4-fold to 65 million from 16 million on October.

"On an average, sellers on Meesho have seen their business grow by 82% within two years," the statement said.

During the last year, the 5-day annual sale Meesho said that around 60% of orders on the platform came from tier 4 and beyond regions.

"We are working with lakhs of sellers across the country, many of whom will be selling online for the first time this festive season. At Meesho, we are focused on building a platform that enables high growth and margins for MSMEs, giving them the confidence to digitize their business and succeed on Meesho," Meesho CXO for Business, Utkrishta Kumar said.

The company claims to have increased its Monthly Active Users by 2.5 times to 127 million in August 2022 from around 50 million a year ago.