As Reliance Industries acquires Campa Cola for Rs 22 crores, BestMediaInfo.com sat down with the creative minds from the industry to ascertain what would be a viable strategy for the brand’s re-launch

With Mukesh Ambani’s plans of expanding Reliance Industries’ footprint in the FMCG sector, their newly acquired Campa has become the talk of the town. While the company is likely to try every strategy from the book to make the re-launch a massive success, BestMediaInfo.com sat down with the experts to decode what factors, including nostalgia, will work for the brand.

Reliance Industries has acquired Campa for Rs 22 crores and is eyeing the Diwali period for its re-launch in three variants- Cola, Orange, and Lemon.

In fact, as recalled by many gen Xers and the millennials, it was Campa which had introduced Bollywood heartthrob Salman Khan in one of its commercials which had the Campa Cola jingle. 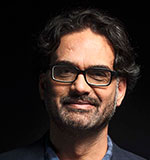 According to Govind Pandey, CEO, TBWA, “Reliance is an Indian disruptor-leader and this is yet another example of Reliance disrupting the rules of a category which is dominated by international conglomerates.”

Pandey also went on to add that with Reliance’s massive distribution and strength based on its telecom business and its rapidly expanding retail footprint, the Campa acquisition could be a game changer.

However, Sandeep Goyal, Managing Director, Rediffusion, said, “Getting old brands to life is not easy. The Campa Cola generation is now in their sixties, and they do not account for the major consumption of soft drinks anymore. For all intents and purposes, it is really a new launch as there is very little monetizable value in nostalgia.”

Furthermore, Goyal also emphasised that brand resurrection can be very tepid sometimes, citing Nirula’s comeback. But in the case of Royal Enfield, it was probably the best comeback so far, he added.

On the contrary, Pandey pointed out that even if the consumption has moved to a younger lot, the youth believe in the future to be seductively retro. “Our times have seen a recent reimagination of the retro classic— in the biking segment (Royal Enfield, Jawa), in the lifestyle segment (Nike, Adidas) and in fashion (the Levi’s, Ralph Lauren),” he said.

In fact, when Cadbury Dairy Milk brought back ‘Kuch Khaas Hai’ campaign, an iconic story from an earlier era and reimagined it for the newer generation, it worked beautifully, added Pandey.

When Coca-Cola was launched in India in 1949, it was the first international soft drink to enter the Indian subcontinent and could only be afforded by the ‘rich’. But by 1970, it became the most popular soft drink. It was manufactured and distributed by Pure Drinks Group in India at the time.

However, when the government passed Foreign Exchange Regulation Act in 1973, one of the conditions was to share the technical know-how with the Indian players. Coca-Cola didn’t want to share its secret recipe with Pure Drinks Group and thus had to quit India.

By 1977, Pure Drinks Group had launched Campa and it began to dominate the market owing to its Cola variant and the ‘Great Indian Taste’ and managed to rule it as a monopoly for a short period of time.

But in the late 1980s, as Thums Up and Pepsi entered the country, Coca-Cola returned to the Indian market in 1993. After the arrival of conglomerates, Campa lost its monopoly and audience as it entered the abyss by 2012, owing to the liberalisation policy of the P V Narasimha Rao-led government.

According to Santosh Padhi, Chief Creative Officer, Wieden+ Kennedy, “The soft drink market is already cluttered with the Pepsi and Cokes of the world, and they have had a duopoly in the segment for many decades, without having to compete with national players.”

“In smaller states like Assam, Kolkata and Odisha amongst many others, there are small regional players who have played the price game against the behemoths of the cola-industry. Reliance is coming up on a national level, which is very interesting as they are known to topple the market because of their sheer muscle power,” he said.

Citing the case of Reliance Jio and the price game strategy adopted by RIL, Padhi also pointed out that if anybody can topple the market, it is probably going to be Ambani or the Tata.

Moreover, he also highlighted that a great advertising strategy can do wonders in the case of Reliance re-launching Campa, as the main target group for the cola-segment is the younger generation and the nostalgia factor is lost on them.

“I don’t think the nostalgic strategy will work for Reliance in this case. There has to be a wonderful strategy that should resonate well with small towns as it is very difficult to break the chain of the soft-drink giants,” he said.

Sharing his opinion, Padhi also pointed out that if Reliance plays a very strong price card game, it is likely to work in their favour. “Reliance could probably win with their pricing strategy as there are no brand loyalists in the soft-drink category. While, the brand name, Campa Cola will fuel more conversations, having the same taste or the nostalgic approach might not be very apt for today’s youngsters," he added.

Soumitra Karnik, an independent Creative Consultant, presented an opposing view, he said, “It seems that Reliance is merely riding on the hyper-nationalism and patriotism wave for an opportunist reason, which is not at all bad from a business point of view, but certainly invites questioning.”

He further added, “The 70s and the 80s kids who were an avid target audience for Campa Cola, have now grown and shifted to healthier beverage options rather than cola. So, the people who could emotionally connect with the nostalgia factor of the brand are out and those who are cola drinkers from the current generation have no affinity with Campa Cola. So, the question is, who is the comeback for?”

As per Karnik, the Jio strategy of converting and capturing the market through a competitive price point does not make sense in the Campa Cola case. “One could argue that the initial offering of free data usage to millions of Indians built a compelling story of evolving and empowering the masses. It worked there. The same strategy for Campa cola would raise suspicion that why would anyone who wishes to ride on the prevailing hyper nationalism wave would introduce a product that has been widely lambasted as ‘unhealthy’ and make it easier to buy for millions of youngsters by making it available at a really low price,” he asserted.

“We have recently witnessed a large number of foreign brands leaving the country, whatever the reason may be, in such a scenario it may not be surprising for PepsiCo or a Coca-Cola to feel a tinge of worry,” said Karnik.

He further listed an array of questions for the conglomerates to find answers for, when he said, “Would they soon be competing with some business group who is considered to be not just favourable but in a commanding position with the government? Would it remain an equal playing field for them? Would there be a new set of rules brought in which could directly or indirectly impact their operations?”

According to Ashish Chakravarty, Executive Director and Head of Creative, McCann World Group, “For moving forward with the brand, Reliance will have to take on some other stance than just limiting to the nostalgic factor. Back in the day, Campa Cola’s stance was that of being an Indian soft-drink and there is a sense of pride in Indian things.”

“Reliance is an empowering brand and they have already taken the country by a storm with their ‘Kar Lo Duniya Mutthi Mein’ campaign for their phones. For the Campa revival, I don’t think they will go with the nostalgia statement and would rather go for the value proposition, which has always been their unwavering promise,” he added.

Chakravarty also emphasised that the soft-drink segment has always been dominated by celebrity endorsements and it’s not just limited to India but also on the global level. “From sportsmen to artists in the music and entertainment category, the cola brands have always resorted to brand endorsements,” he said.

Adding to this, Karnik said, “In the absence of any specific health benefits to talk about, glamour and the coolness quotient has always been a huge part of soft-drink ads. Pepsi, for instance, has been known for its irreverence. Thums Up and Mountain Dew for the daredevilry. I am curious to know what space Mukesh Bhai’s Campa would occupy?”

As per data available on Statista, Coca-Cola was the most valuable non-alcoholic beverage brand in the global scenario in 2020 with a valuation of $33 billion, followed by Pepsi at $ 18 billion. Both Coca-Cola and Pepsi have a very strong ad spend of over $ 300 million and $224 million, respectively, dedicated to the promotional schemes and tactics.

“Re-launching Campa in the modern times seems to be a surrogate brand exercise to probably position Reliance as a more Indian brand, but if it is true to any extent, then it sure seems to be like a miserable strategy,” pointed out Karnik.

Upon being asked, what can be a viable advertising strategy for targeting the youngsters for the revived Campa, Chakravarty said, “If Reliance wants Campa to stand and mean something to the Indians, then it will have to seek something that resonates with Indians at present.”

As per Padhi, “If you are new, you have to be very disruptive in nature and think completely out-of-the-box, that may work and can help Reliance Campa become the talk of the town and target youngsters better.”

“Knowing Reliance, I don’t think they have ever believed in advertising strategies as much as they have always believed in product strategies. I strongly believe that there is a massive power to change people’s behaviour, in the narrative of communication and if it is not Reliance who can understand and do it, then who else will,” he added.

On a concluding note, Karnik also pointed out, “In case RIL launches intrinsic Indian drinks like Bunta (or goli-soda), Nimbu pani or Aam-panna or other healthier drinks under the brand name of Campa, and aims it at the older generation which stirs nostalgic feelings in them and they make the brand a part of their household grocery list, it would still make sense. Till then RIL’s move of bringing back Campa just seems confusing, or an opportunistic one, or perhaps even surrogate for something else.”