As brand leaders represent not just themselves, but their organisations at large, BestMediaInfo.com sat down with industry players to find out what should brand representatives keep in mind before speaking their minds or posting their personal opinions on social media

Be it established brands or new-age start-ups, the social media posts of Founders, Co-Founders and other people holding key positions certainly impact the brands, be it on a positive or negative note.

This also remains true for all Indian and global brands, case in point Tesla and Mahindra. Therefore, BestMediaInfo.com reached out to experts to gauge how deeply the opinions and outlooks of brand faces impact the brand. The industry players also spoke about how brand leaders influence stakeholders and brand perception at large.

When brand leaders post content about their companies’ new policies, steps undertaken to ensure contribution for environmental activities, or even share their personal opinions, the brands do get a push or setback, depending on the content. 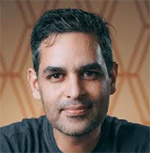 According to Ankur Warikoo, YouTuber, Entrepreneur, Author, Co-founder and former CEO of Nearbuy, “My belief is that a brand should be ideally bigger than any one individual, so the brand leader becomes a spokesperson or representative for the brand as he or she is in a position of power and there is a responsibility attached to it which should be taken seriously because if they do say something, it has a ripple effect on the brand.”

“But since the brand is resilient and is bigger than any individual, the impact might not be significant. Brand leaders come in to create a conversation, to shape up some starter points, but I don't think they should be in a capacity where they impact an entire brand’s existence as such,” he added.

On a slightly different note, Shashank Mehta, CEO and Founder of The Whole Truth, stated, “Brands reflect the minds of their creators and leaders. This is why most brands evolve with time; they reflect the evolution of the leaders themselves or reflect the change in leadership at the helm of the brand.”

He also went on to add that usually it is the leaders who create brands as a solution to a mission that they are on and it reflects in the brands brilliantly. Therefore in such cases, the overlap between what the brand and the leader stands for is very high.

Warikoo also highlighted that there are several brand leaders who devote their time and attention to creating personal pride on social media, be it on Instagram, YouTube, LinkedIn, Twitter or any other platform. “The brands that they represent really benefit from such personal brand-building exercises,” he stated. 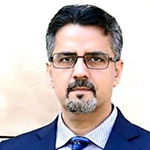 On a similar note, Karan Kumar, CMO, ART Fertility Clinics, said, “Certain platforms like Facebook and Instagram started off initially only as personal platforms while others like LinkedIn were essentially for professional interactions. However, over a period of time, the lines between personal and professional platforms has blurred, almost to a point where it is non-existent today.”

“Successful brands have always had followers, customers or even clients who want to reach out to and know people who are behind those brands, as it gives them an added belief or confidence in the respective brand. It’s only fair to expect that when anybody who is slightly senior within the organisation and represents the brand, speaks about the brand or its culture or about any larger issue, then that person will automatically become a face of the brand,” stated Kumar.

He also pointed out that when brand leaders speak on certain things, they not only represent their brand but also a certain way of thinking which is a result of several years of experience in their respective fields.

Nisha Sampath, Brand Consultant and Managing Partner at Bright Angles Consulting, asserted, “More than social media, the age of Google has changed everything and today people are not only curious but want to know everything about any business which includes both, personal and professional lives of brand leaders.”

Furthermore, she also stated that corporate brands are similar to people and are often composed of- ‘Who am I’, ‘What do I say’ and ‘What do I do’, and that evaluation remains the same for both people and brands. “The role of the leader has become even more important in building the brand as they build a brand image on many fronts- be it employment or investing or even peer network,” she emphasised.

“When a business or brand is young, the focus needs to be on building the brand and thus one needs to consciously see themselves as a representative or custodian of the brand, whereas in the case of an established brand, you may go on to become a personal brand because the brand is running independently of you. But in that case too, one needs to be very careful that the values don’t clash with each other,” she added.

“When you are building a brand, the focus is long-term and you are consistent and are associated with certain values and when you see marketing tools, then the horizon is shorter and much more tactical,” she said.

However, Kumar shared a different point of view and stated that it is usually the people higher up in the management who over the course of time become marketing tools for the company or the brand, as the audience is always keen on finding out what they would share an opinion on or talk about, next.

Several brands have also resorted to featuring their own employees (mostly leaders) in their ads on digital as well as on TV. Be it their VP marketing coming on TV unveiling their new deals, or founders posting reels on informative content on the brand’s social media handle.

Abhinav Kumar, a former Country Manager at Trivago, began by appearing in his company’s ad and later on upon joining Paytm as VP Marketing he continued his ad journey once again.

Furthermore, when asked about how the audience reacts to ads which feature brand leaders, Warikoo replied, “I believe these ads are a lot more powerful because people, especially customers, today are able to see through and they know that the celebrity won’t be making purchases or consuming products from not all of the brands that they endorse.”

He further also went on to add that there is only so much that can be done by virtue of celebrity endorsements. As per him, it works wonderfully well if any brand has a real and relevant individual, which could be the brand leader itself, who speaks about his journey, or does storytelling so that it would not be advertising, but marketing.

Adding to this, Sampath also said that the target audience and the platforms makes a lot of difference to the approach, because a D2C brand which talks to a very niche set of audience can resort to this, but mass-oriented brands which are competing with the noise on television will still have to rope in celebrities.

“The modern-day consumers are tired of seeing celebrities in ads, so featuring someone from the brand itself adds to the credibility of the organisation,” she said.

Not only Kumar, but also The Whole Truth’s Mehta has represented his company on social media by creating informative content on eating habits and has highlighted the importance of physical activities through Reels, time and again.

A post shared by The Whole Truth Foods (@thewholetruthfoods)

A post shared by The Whole Truth Foods (@thewholetruthfoods)

As per Mehta, when someone is willing to put themselves out there as the face of their brand in ads, the audience understands that it is a two-way commitment. So, if the brand does something it wants to hide from the world and ends up getting caught, it would impact the personal credibility of the leader as well.

“It is no longer a case of unseen executives moving from one brand or company to the other with no loss to their personal brand. Because of this implicit commitment and willingness to hold themselves to a higher standard of accountability, people might tend to trust these brands more, but also knock them down lower if that trust is betrayed,” he emphasised.

Additionally, Kumar also went on to highlight that when anybody senior in the organisation appears in an ad, the audience will take the ad even more seriously because herein the representative who makes a certain claim will always have much more weight over a regular ad featuring a celebrity or models.

“When you appoint certain public figures as brand ambassadors or even brand leaders, there are certain expectations that if the individual says something, then he or she would not want to damage his or her own image by saying something that’s not true, therefore whatever they claim is considered to be true,” he added.

Since a single post by Shantanu Deshpande, Founder and CEO, Bombay Shaving Company took the internet by storm, it also brought him and his company a massive publicity and he took to LinkedIn to highlight the same.

Commenting on whether the personal opinion or content posted by brand evangelists on public domains should inadvertently fall prey to public scrutiny, Warikoo said, “That’s surely going to happen and I don’t think anybody can escape it. If you are on social media, irrespective of your role as a brand leader or as an individual, your comments will invite opinions and those opinions could be polarising and that is something one needs to be prepared for.”

Adding to this, Kumar also pointed out that if an individual is an owner, Founder, Co-Founder or promoter among other things, for a particular brand or organisation, it is a bit too naïve to think and hope that whatever they say in personal capacity will not reflect on the business.

“The culture of any organisation is moulded at some level by the people who lead those organisations and especially even more so in a founder or co-founder led organisation, because their views will always influence the culture of the organisation in a very significant manner, be it with or without a disclaimer that deems it as a personal opinion,” he added.

Furthermore, Mehta also went on to state that brand leaders are at once individuals and corporate figureheads and what they share, tells people more about them, which in turn is transferred onto the brands they lead.

On a concluding note, Sampath also highlighted that when it comes to social media, anything that is out in the media is open to public discussion and opinion formation. Therefore, for personal brand building or building the image of the brand at large, the principles don’t change and hence one needs to be aware of what they say in the public domain.