It has launched the ‘Football Aage, Hum Uske Peeche’ campaign to show its admiration for the fans 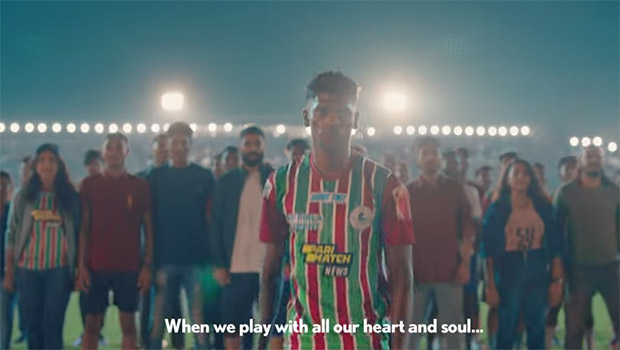 The promo film of the campaign cinematically epitomises the emotions of vociferous fans as they traverse the journey along with their favourite players and teams, passionately supporting them along the way.

Whether it’s voicing a chorus of support or lining up to form a wall of defense, these fans will always stand behind their team and ensure that the beautiful game is always on an upward trajectory.

A Star Sports spokesperson said, “Hero ISL is all set to welcome fans back to the stadiums across the country. The fans have always been a fundamental aspect in the growth and development of the game and have added to the football fervour as they stand behind their teams. We look forward to packed stadiums and the passionate support of fans across clubs as we celebrate them through our new campaign, ‘Football Aage, Hum Uske Peeche’.”

Hyderabad FC will begin their title defence on October 9 in front of its home fans against former champion Mumbai City FC. Last season’s League Shield Winners, Jamshedpur FC, will be in action two days later, on October 11, against Odisha FC. Meanwhile, the Kolkata derby between ATK Mohun Bagan and East Bengal FC is scheduled on October 29, 2022.