Amazon, Flipkart, Meesho and Myntra share the strategy behind their high decibel campaigns and how much growth they expect in sales this festive season 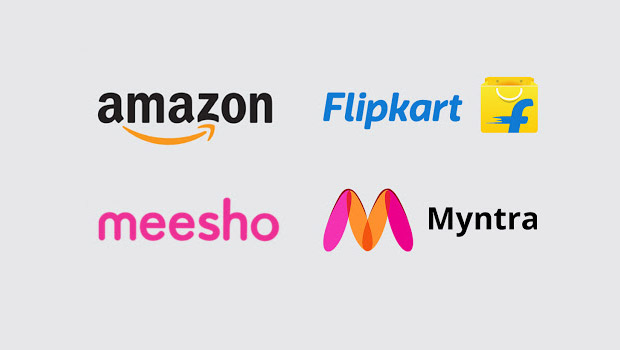 As per a Redseer report, the first week of the upcoming festive season is likely to witness a 24% boom in online sales at $5.9 billion, as against $4.6 billion last year.

Keeping the high consumer sentiment in mind, leading e-commerce players like Amazon, Flipkart, Myntra and Meesho, among others, have already started rolling out their big ticket sales campaigns.

Amazon has rolled out a series of campaigns ahead of its festive season sale- Great Indian Festival, showcasing the plethora of options that are available across categories on its platform at affordable prices.

Through the campaign, Flipkart is reaching out to consumers who are on the lookout for upgrades and makeovers but are unable to do so because of inflationary trends. The platform is urging them to break free from the clutches of adjustments and purchase products at affordable prices from it.

The new player in the block, Meesho is also competing against the e-commerce behemoths through the launch of its ‘Mega Blockbuster Sale: Saal ke Sabse Kam Daam’ campaign.

The campaign features popular stars ranging from Ranveer Singh, Deepika Padukone, Rohit Sharma, Rashmika Mandanna, Ram Charan and Sourav Ganguly, amongst others, the sale will run from September 23 to September 27. Furthermore, celebrities have been roped in to create influence over local audiences.

Through this campaign, Meesho aims to establish itself as India’s biggest marketplace, one that provides access to all ‘local and neighbourhood’ markets of India at the lowest prices, for both, sellers and consumers.

As per Vishwajeet Sinha, Head of Brand Communications, Meesho, “We were launching a new annual festival sale IP- ‘Mega Blockbuster Sale’ with the ‘Marketplace’ proposition. It was to be amplified by the presence of nine megastars from the film and cricketing community of India. Using celebs as ‘Sellers’ was a master stroke as it is first of its kind in e-Commerce advertising and celebrates Meesho's marketplace ecosystem of buyers and sellers.”

He went on to add, “We were looking for an idea that could tie all three points in a seamless manner and remain relevant and exciting for our users.”

"These celebs will be seen in a brand new, quirky avatar, each of them donning the role of sellers in different categories and representing the regions they respectively belong to – building local relevance with customers across Bharat," as per Meesho.

The company is also aiming to target consumers in the regional market with app versions in eight vernacular languages - Bengali, Telugu, Marathi, Tamil, Gujarati, Kannada, Malayalam and Odia - to potentially reach out to the 350 million users in these regions.

The unicorn e-commerce start-up also claims to have increased its registered seller base around three times to 7.25 lakh, as compared to the 2.5 lakh it had during last year's festive season sale, and product listing on the platform has grown by over four times to 65 million from 16 million in October last year.

Ahead of the festive campaign launch, Amazon also applauded the hard work of the delivery partners, artisans, start-ups, local stores, etc. through a sequence of videos that celebrate the back-end association of several heroes who are constantly expanding their boundaries and helping the e-commerce player celebrate the Great Indian Festival.

Not only this, but Amazon India also offered a flat 50% selling fee waiver to help new sellers kickstart their e-commerce journeys this festive season by registering on Amazon.in between August 28 to October 26.

Similarly, Shopsy by Flipkart has also launched its very first shopping carnival-‘Grand Shopsy Mela’, curated especially for consumers in Tier 2 and 3 regions, with the aim to bring its entire gamut of sellers together while offering customers value-based deals across 150 million products and 150+ range of categories, including watches at ₹15, sarees at ₹25, kurtas at ₹40, t-shirts at ₹30 and many more.

According to Adarsh Menon, Senior Vice-President and Head-New Businesses, Flipkart, “We are delighted to bring forth the first edition of the Grand Shopsy Mela and transform the festive shopping experience for Indian consumers. With half of Shopsy’s consumers being new to e-commerce and over 65% of our overall consumer base belonging to tier-2 and beyond regions, we have ensured that this sale event has something for everyone.”

Coming back to Amazon’s plan for the festive season, the e-commerce player has also launched a digital campaign- Find_Life, to showcase how people come to their platform to ‘find’ products that help them in fulling their aspirations and aid them in expressing their emotions as they enjoy life with their families on several occasions.

As per Manish Tiwary, Country Manager and Vice-President, India Consumer Business, Amazon India, “At Amazon.in, we understand that a product is more than just a commodity, it is a means to an expression. Every order has a story or emotion behind it and these moments constitute life, which millions of sellers on Amazon.in enable for customers through our marketplace.”

“This campaign represents how we want to keep making our customers' lives better by helping them ‘Find Life’ as they can focus on their precious moments,” he added.

The six-week-long digital campaign which was launched on digital mediums on September 2 will be phased out in intervals and culminate on Diwali.

While Amazon seems to be touching upon human sentiments through their recent campaigns, Myntra has kickstarted its mega festive campaign featuring the celebrity couple- Virat Kohli and Anushka Sharma, for its ‘Big Fashion Festival’ highlighting its proposition of several established brands, styles, products and offers which reach every part of the country and demography, with the central message of the campaign that urges shoppers to look nowhere but Myntra for all their festive fashion needs.

As per Myntra, the presence of the power couple will help the e-commerce company connect with their large fan base and also make way for reaching over 250 million fashion lovers in the country, combining the existing and new customers, apprising them of Myntra's range of festive offerings.

The marketing campaign also highlights its proposition of the biggest brands, styles, and products and offers to reach every part of the country and demography, with the central message of the campaign that urges shoppers to look nowhere but Myntra for all their festive fashion needs.

In fact, the concept of the campaign is to take a dig at celeb culture and bring out the bigness of the event, where even the biggest celebs can’t help themselves but get in on the action.

Additionally, the e-commerce major, Amazon is also going to launch a set of five short films- Conditions Apply, Vakeel Babu, Parde Mein Rehne Do, Good Morning and The List, as part of their first-ever ‘Mini Movie Festival’ kicking off on September 22.

“We are delighted to launch our first edition of Mini Movie Festival in collaboration with some of the finest content creators of the industry. As we present a powerhouse of talent, renowned production houses, and skilful directors, we hope to deliver some meaningful and impactful stories through this initiative,” said Girish Prabhu, Head of Amazon Advertising.