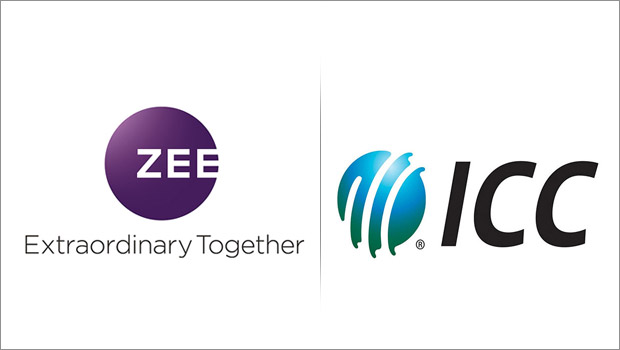 Three days after winning the ICC media rights for the 2024-27 cycle, Disney Star entered into a licensing agreement with Zee Entertainment offering exclusive television rights to the latter for the ICC Men’s and Under 19 global events for a period of four years.

Karan Taurani of investment banking firm Elara Capital feels that sports is one genre that is least impacted in terms of the eyeball as the consumer wants to watch it live as compared to other genres which are more catch-up in nature.

“Zee’s entry into sports will be added advantage for the Zee/Sony as an entity as Sony too has multiple properties in the sports genre. This will help them go to market together in case of the merger going through,” said Taurani.

Cable ARPUs in India are much lower for TV (Rs 300-350 for more than 700 channels). On the other hand, the monthly ARPUs could be as high as Rs 800-1,000 for key OTT platforms. This indicates that TV is for the masses and is here to co-exist as a medium with digital, noted Taurani.

Talking about ICC vs IPL rights, Taurani said that Zee has acquired marquee national cricket properties, which have a larger fan following base in India and globally.

“IPL as a tournament may get monotonous with the consistent increase in the number of matches, but international tournaments have their own advantage. Most of these tournaments are preferred to be watched live on large TV screens than just on mobile,” he said.

Talking about how this deal would directly benefit Zee, Taurani said that Zee will get some advantage on the distribution side as having a sports offering somewhat positively impacts bargaining power in distribution.

From an advertising revenue point of view, the deal will offer Zee an opportunity to deal with a larger set of advertisers (cricket as a segment is more male-centric and has a very different set of advertisers as compared to GEC).

Talking about the challenges in front of Zee, Taurani said that Zee will have to invest aggressively in terms of building a new sports offering, and spend on marketing and promotion of the same.

The broadcaster will also have to build a subscription base in the current market conditions for TV , wherein ARPUs are regulated.

“Sports is a scale business and a company owning all types of sports with a wide variety has an edge in general bargaining power with the ecosystem. Star had an unmatched advantage all over the years due to its strong positioning in sports genre,” he added.

“Our assessment indicates that Zee has paid approximately Rs 53 crore on a per match basis for the marquee tournaments (Champions Trophy, World Cup and World Cup T20). We believe the acquisition price is only 5% lower than that paid for IPL (Rs 57 cr per match for TV). The pricing per match is not comparable to World Cup as that has 50 overs (more inventory than a T20 match). The pricing (10-second slot) for a 50-over match is generally lower as compared to a T20 match. We believe this is a negative as World Cups have a lower viewership share for most matches which are non-India whereas IPL generally has a higher share of eyeballs. This makes it tough to monetise content costs,” Taurani said.

Terming TV rights a safer bet than digital, Taurani said, “Acquiring TV rights is a better proposition in our view as losses on TV are much lower as compared to that on digital for now due to better monetisation opportunities. The digital segment is much higher in terms of losses due to high content acquisition costs (highly competitive market) and lower potential for APRUs (India market ARPU for every app on average is ~Rs  70-200). AVoD market is highly overcrowded with large tech giants on social media and aggregators. Hence, investment on TV is more of a safe haven (lower growth potential, but better profitability).”

Rapid chord cutting trends due to the launch of JioAirFiber or any convenience viewing wherein the audience will only pay for OTT and stop subscribing to TV channels could be a risk factor when it comes to betting big on TV. However, according to Taurani, the risk for the same is limited as TV ARPUs are low (~Rs 19 for a channel). Consistent and uninterrupted connectivity on digital is another factor that goes in the favour of television. People prefer watching sports on a large screen and this goes in favour of Zee’s investment.

Talking about the impact on the financials of Zee due to the acquisition of exclusive TV rights for ICC, Taurani said, “We believe Zee has paid approx. 50% of the total rights value for TV rights, similar to what was paid for IPL (49% accounted for TV rights). Zee’s content costs are ~ Rs 44 bn per year and basis this acquisition the content cost will inch up by 67% as EBITDA margins may be negatively impacted by 1010 bps towards 12.4% (FY25) (current range of 17-23%) over the near term. There may be a potential for this to improve marginally over medium term. We believe there could be a potential downgrade of 31-33% due to the above acquisition on earnings estimates.”

“We believe that the merger with Sony will enable a bigger sports offering, which will have a larger overall advantage. There is a also a potential for profitability to improve over the medium to longer term, given India’s qualification (final stage) in most of the tournaments and growth in ad revenues. We currently have a BUY rating on the stock with a Sep’23 TP of Rs 415,” he added.