What makes it difficult for female copywriters to thrive in the ad world?

The copywriters who are celebrated and considered to be legends in the advertising world have all been men. What will it take for the industry to celebrate women at the same level? 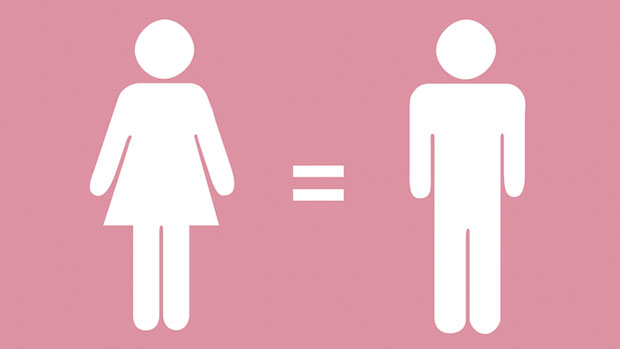 There is a severe lack of female names in the list of stalwarts in the advertising industry, and it exists even at the copywriter level. While women copywriters toil as hard as men, is there something wrong with the advertising industry which makes it difficult for the females to survive longer or does the inherent bias prevent them from excelling and making a mark in the long run?

We all are familiar with stalwarts like Piyush Pandey, Prasoon Joshi, Agnello Dias, Azazul Haque etc, and they deserve all the credit that is bestowed upon them, but where are the women who have toiled just as hard in the industry for decades, why is it they aren’t as well-known or as valued as their male counterparts?

According to experts, while there is no specific reason which arrested the growth of women in the advertising industry in the past, things are changing now for the better. The experts, however, also pointed out that the societal construct was the core reason behind women dropping out of the industry after serving for long periods of time, and this is something that needs to change.

According to Pallavi Chakravarti, Creative Head - West, DDB Mudra, while there is no taking away from what the advertising legends have achieved, the provisions for women to stay back in the industry have been neglected for the most part.

“I do think back in the day, provisions for women to remain in advertising beyond marriage or having a family were neglected. It wasn't even a conversation that was happening. However, the conversations today about diversity, inclusivity, and giving women a conducive environment will go a long way.”

“We are coming from an era where not just women copywriters, but you won’t even find top women art directors and advertising CEOs. We’re coming from a time when the industry has been heavily influenced by men, it's not just about any one field, it is just about the way the world works,” she added.

Chakravarti added that there are many female copywriters today that are doing fantastic work and she is assured that the industry today is undergoing a positive change.

Adding to this, Swati Bhattacharya, Chief Creative Officer (CCO) at FCB India, said that very few women feel supported at offices when they choose motherhood. According to her, a lot of it also depends on the stories the industry tells.

“Everywhere the situation is such that there are more men writing about men's experiences. Even women write about men's success. How many people write about women's accomplishments? How big is it? How celebrated it is.”

“You see a man's success, their way of wearing their success is very different. Women are conditioned to be silent about it,” she added. 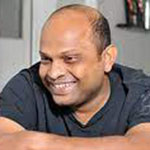 According to ad veteran Agnello Dias, it’s not an advertising-specific problem but reflective of the gender disparity which exists in all walks of life. “I honestly do not think the industry ever blocked a path that should be opened. The ceilings are more in society, in our communities, in our families and in our perceptions. The industry, if at all, has been far more gender-agnostic than many other professions that I know of.”

He added that the industry should offer flexible hours for ensuring equal opportunities. “Flexi-time is a great way for, not only advertising, but all industries to fortify women in order to overcome the unavoidable speed breakers that come with human biology, social bias and just traditional family structures.”

On the other hand, Azazul Haque, Chief Content Officer at Media Monks, explained that the days of legends are over, not only in advertising but even in fields like Bollywood. “People’s psyche has changed. The aura of big names and big celebs doesn't exist anymore. I think the same goes for when it comes to copywriting or the creative field. It would be wrong to say that women are not celebrated. In the last decade, there has been a major thrust on pushing women talent across agencies and verticals.”

Are women copywriters not given equal opportunities?

Most products and brands like FMCG, fashion and apparel, beauty products etc are marketed towards women, however, numbers prove that it is majorly men who are working behind these ads.

This leads to the birth of the notion that women copywriters are not given the same level of opportunities in the advertising industry.

Speaking about this, Chakravarti of DDB Mudra said, “I am personally of the opinion that a brand doesn't need a man or a woman. A brand needs a point of view that understands the consumer. Having said that, there is, of course, a need for diverse voices in advertising.”

“I refuse to believe that if it's a sanitary pad ad, only women should work on it. I don't really think that it matters who your target audience is, what matters is if there's a diverse team working on any brand,” she added.

Dias stated that good writers pride themselves on getting under the skin of the people they are talking to. “Positioning female writers as those who can write only for a female audience is belittling their craft and their intelligence. Not to mention, downgrading the power of the written word.”

Adding to this, Haque said it is not only copywriting but women need to be in fields like planning and servicing too. “I think storytellers don't have genders. As long as they have the right information, and insights, which can connect with that gender. It's important to have a female point of view when you are developing products, establishing brands etc. However, when it comes to storytelling, I think it isn’t bound by genders.”