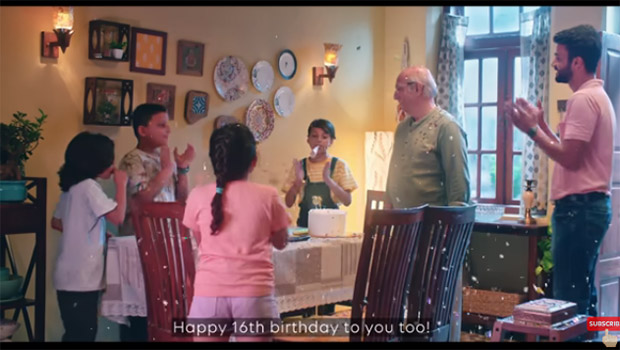 Content distribution platform Tata Play, formerly known as Tata Sky, celebrated the completion of 16 years since its inception. The platform extended gratitude to its subscribers with the #16YearsOfTataPlay campaign, which highlighted the journey they have been through together.

The short film emotionally captured the journey of a cake box from the facility through the roads of India to the home of their most beloved and loyal subscribers who have stood by the brand through the thick and thin of things. The campaign film has been conceptualised and shot by Ogilvy and further digitally amplified by Chimp&Z Inc.

Anurag Kumar, Chief Communications Officer, Tata Play, said, “2022 has been a very special year for us. We became Tata Play from Tata Sky. We ventured into Home Security and are expanding our OTT foray via Tata Play Binge. In spite of the brand’s evolution, we wanted to tell our long standing subscribers that our emotional bonds with them remain strong, and we are thankful to them on our 16th anniversary The video has received immense love from everyone on our social media platforms and the numbers are speaking for themselves.”

As far as the engagement numbers go, the campaign has seen an overall reach of 13.1 million+ with 15.5+ million impressions, and 7.9 million+ engagements.

Not only this, the campaign also received love and congratulatory messages from other contemporaries and fellow entertainment brands who have grown with Tata Play in the 16 years journey. Netflix India, Tata Motors, Titan, Zee, PayTm, Colours Infinity, Chroma, Shemaroo, Tanishq, Hungama Play, Vistara etc joined the celebration with their celebratory messages and quirky wishes.