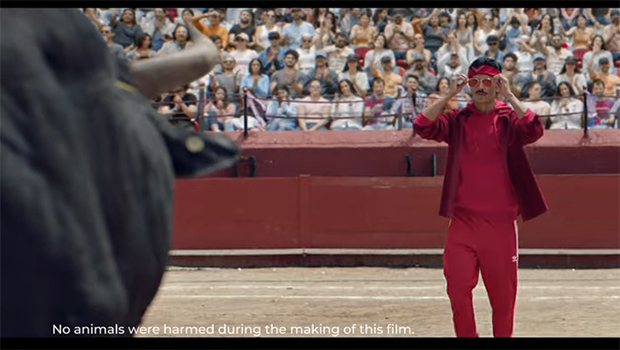 Tech upskilling start-up Scaler (by InterviewBit) has announced the release of a new brand film emphasising the need for skilled engineers adept at solving real-life problems with the use of data.

The company is highlighting the importance of producing capable techies experienced at tackling Data Science and Machine Learning (DS and ML) challenges with this brand film.

The new campaign from Scaler comes at a time when there is a growing demand for DS and ML professionals across several sectors.

It highlights a coder's confidence in tackling data-driven challenges after upskilling in DS and ML. The focus on 'Impact-driven' tech talent portrayed in the film has been a hallmark of the brand's ongoing campaign.

By illustrating a man dressed entirely in red confronting a raging bull, Scaler compares the magnitude of organisations' problems due to the lack of skilled Data Scientists in the current day and age.

Also, by portraying the character as a confident man unfazed by the uphill task, Scaler showcases the conviction of a coder skilled in Data Science and Machine Learning. Scaler highlights the need for more confident and passionate Data Scientists across industries through these symbolisms in the brand film which was produced by Lensflare Films and shot in Mexico.

Rahul Karthikeyan, Chief Marketing Officer, Scaler and InterviewBit, elaborated on the rationale behind the brand film. Karthikeyan said, "With organisations across industries either migrating towards digital or placing more emphasis on its digital verticals, a good majority of the issues these organisations face now need to be dealt with digitally. This shift towards digital has given rise to a need for skilled talents capable of handling data causing a shortage of Data Scientists and Machine Learning experts on a global scale. Addressing this need for data-driven problem solvers is crucial for streamlining day-to-day operations in any organisation. And that is exactly what this brand film represents. By drawing parallels between a dashing bull-fighter and an upskilled coder, we attempt to showcase not just the glamourous pay on offer to Data Scientists today but also the charisma and confidence with which these professionals can tackle seemingly tricky tasks."

“It's about Data everywhere. Data. Data. Data. Which means, the world has finally acknowledged the power of Data. Companies, even government policies are driven by Data. Why? Because Data has solutions to all the problems. In this campaign, we wanted to talk to a specific mindset. People who love problems. And rather than doing a linear film, we added some red herrings. The build-up is intriguing, and then the big bull is revealed. It's a large-scale Scaler film and the world came together to make it a joint Indo-Spanish-Mexican production,” added Suyash Khabya, Creative Head, The Womb.

This is Scaler's third brand film under their brand campaign, which emphasises the need to empower budding tech talents with clarity, confidence, and competence through upskilling to create a resonating impact in the real world.

The campaign was kickstarted earlier in the year with another engaging short film that drew on popular shows and internet references.

The second film highlighted the true story of a Scaler learner placed in a global tech company with the guidance of his Scaler mentor.

Additionally, to strengthen the digital marketing approach, Scaler has partnered with Asia Cup on Disney+Hotstar as an Associate Sponsor to promote the new campaign. They have also produced two web series in vernacular languages explicitly written for the brand.

Additionally, Scaler has earmarked a sum of Rs 100 Crore towards their marketing spends for the year.