Reliance’s JioAirFiber to give a major boost to Smart TVs, OTTs in India 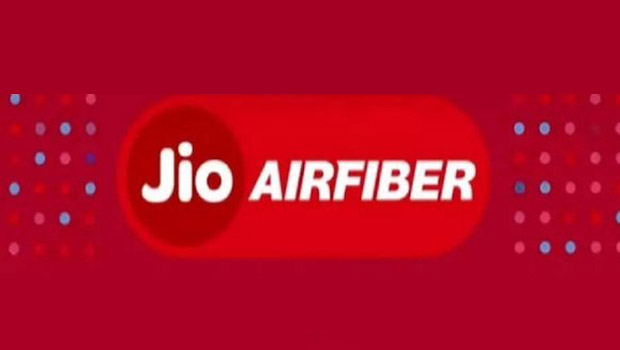 Reliance Industries has announced the launch of JioAirFiber device, which will provide fibre-like internet speed without wires, in their 45th AGM on Monday.

As per an article published in Newsdrum, this means that one will be able to get speed akin to that of fixed broadband without actually going through the hassles of installing fixed cables at home.

The Newsdrum article quotes Karan Taurani, of Elara Capital, stating that this will be a big disruption for the media industry in the near to medium term.

Jio launched its wired broadband fibre service in H2FY20 which promised high fibre internet speeds and competitive pricing. Despite this, the wired broadband penetration remains low in India at 15%, as Jio failed to scale up due to last-mile issues with LCO/MSO ecosystem.

“We believe the concerns were primarily due to revenue sharing arrangements, which had prevented the aggregators from pushing Jio Fibre as a service. Companies like Hathway and Den too have tried hard to scale up their wired broadband services, but have failed to make a big impact,” said Taurani.

India’s wireless broadband penetration is at 80%. However, the speed offered by it is just at 15 MBPS vs the wired broadband speeds of 40 MBPS.

For comparison, the wired broadband speeds are 133 MBPS in China and penetration stands at 91%, much higher than that of India at 15%.

The launch of JioAirFiber will enhance internet speeds, coupled with lesser logistical issues in the last mile, as it will be wireless, and it will further boost connectivity and speeds in the smaller markets (tier 2 and tier 3 cities), as per Newsdrum.

Taurani termed JioAirFiber as the much-needed ‘oxygen’ for increasing smart TV penetration in the country.

India’s smart TV penetration remains low at 10-15%. However, this is growing at a rapid pace (over 30% YoY growth) and may move towards penetration levels of 25-30% over the next three years, he said.

“The launch of JioAirFiber will boost in-home internet speeds, which in turn will lead to a rapid shift of users from traditional TV to smart TVs in metro cities. In fact, if the prices are attractive (on par with wireless broadband or at a small premium), the tier 2 and 3 towns may even jump and move directly towards smart TV technology,” Taurani added.

This will improve digital content consumption growth (advertising and subscription-led), which may further lead to a negative impact on the TV industry as a whole, predicted Taurani.

As per Newsdrum, an average Indian consumer spends Rs 300-350 on cable ARPU today.

“We believe the trend towards digital will be sharper in metro cities, wherein the consumer is more prone to paying for SVOD service, whereas smaller town consumption will be more led by AVOD-based services for now. OTT has always been a threat to traditional TV genres (GEC, movies, music, infotainment), where catch-up TV on content is possible. This threat is lesser in the case of genres like sports/news which is preferably consumed live,” said Taurani.

According to Taurani, the broadcasting industry will need to move its attention toward digital.

TV broadcasters will need to provide a big impetus on their digital and OTT offerings and continue to scale up their subscription base as the audience will move towards OTT at a more rapid pace due to the launch of JioAirFiber, as per Newsdrum.

“The OTT industry remains to be highly fragmented and hence content costs too remain hefty. However, consolidation will remain the need of the hour if linear broadcasters were to explore business synergies and move rapidly toward digital,” Taurani suggested.

He believes that consolidation will be very important in the traditional TV space also as market dynamics move favourably towards larger players.

“In case of Sony/Zee merger going through, we believe Star and Sony/Zee groups may together command an ad revenue market share of 55%-60%, which makes it tougher for other players to compete/scale. There is a likelihood of this market share going higher for these large players in case of good execution on TV as the audience moves towards selective viewing on TV,” Taurani said.

Talking about the implications of JioAirFiber for the OTT industry, Taurani said that there is a possibility of more content innovation.

He said, “OTT segment will continue to grow at a healthy CAGR of over 30% over the next five years as content consumption will rapidly move towards digital due to the launch. This will have a big boost for premium SVOD-based platforms, which offer 4K and other premium nature of content. OTT segment will remain highly competitive as most platforms look to improve the nature of content shown.”

“Gaming within OTT is another segment whose consumption will be boosted and we can see it getting a big benefit due to JioAirFiber service. This move will also enable homegrown OTT platforms to produce immersive/differentiated content, which we believe is the next big driver for OTT platforms globally and in India,” he added.

According to Taurani, the impact of JioAirFiber will be neutral on cinemas.

The cinematic experience is one of its kind for the large-scale nature of the content (3D, 4DX) etc and the JioAirFiber may not have a big negative impact on cinemas unless producers/ content creators fail to create differentiated cinematic content.

“We expect a strong rebound in footfalls over the medium to longer term as content creators rejig stories and scripts in the Hindi genre. Further, strong support from the regional/English genre remains due to the nature of the content being made (large-scale cinematic films),” Taurani concluded.