At the Advertising Club’s third edition of ‘D-CODE: The Annual Digital Review 2022’, experts and leaders across the media landscape shared tips about how brands can crack the digital code 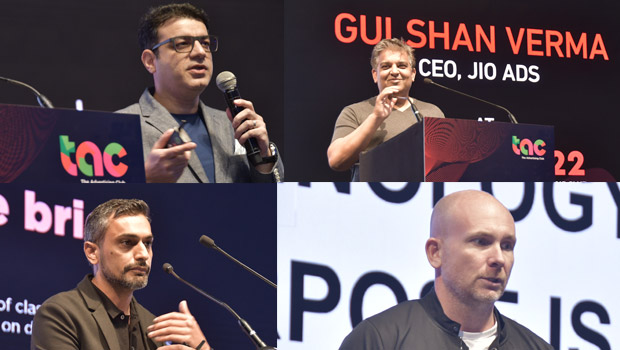 Experts and leaders from across the media landscape shared the tips and tricks which the brands can use to ace the digital world at the third edition of ‘D-CODE: The annual digital Review’ 2022 hosted by The Advertising Club.

The Advertising Club hosted the third edition of the event in Mumbai on Friday. The event had leaders across digital domains share their thoughts about how marketers can ace their game in the online world.

The event required the presenters to cover three areas in 10 minutes each - their own work they are proud of, the work of other brands that inspired them, and tips to crack the digital code in the year ahead.

Amit Wadhwa, CEO of dentsu Creative, spoke about ‘The Protest Match’ campaign from the house of dentsu. The campaign’s objective was to pledge support for and protest against the injustice meted out to the Afghan Women’s Cricket team after the Taliban banned women from playing sports in the country.

They recreated the team virtually and invited famous e-sport gamer and influencer, Monika Jeph – aka Sherlock, to play against them in a match. They also live streamed it on several popular gaming channels, including YouTube, Loco and Twitch.

According to Wadhwa, the idea is digital to the core and would not have been possible without the online medium. He further spoke about the ‘Backup Ukraine’ campaign by Vice Media Group’s Virtue. The campaign focused on preserving the cultural heritage of Ukraine amid war.

Speaking about what marketers should focus on, Wadhwa said, “I feel the timing is as important as what we show on digital. Timing is key.”

“The briefs today say they want a stronger digital integration but I feel digital is all around us and we don’t need a stronger integration. The moment you try too hard, you will see things go wrong,” he added.

Michel de Rijk, CEO – APAC, S4 Capital, said that his organisation stands to make a positive impact on culture by integrating data and content with technology at the heart of everything they do. “We work on everything that happens on digital screens, we make it real and do everything in our power to make it real. However, technology without purpose is useless. Its real purpose is to create value.”

He further discussed the ‘Desh ka Garv’ campaign by Tata Tea, as per him it was shot entirely in a Delhi studio and they didn’t go to any location. “We shot it at once in a single day and delivered it on time, a day before Independence Day. The core of this process is what we call unleashing the power of hyper-localisation through virtual production.”

According to him, the future of digital lies in virtual production happening in real-time. “Last but not least will be the ability to create with real and unreal environments. I fundamentally believe that when technology supports the arts to create meaningful interactions for consumers, real business outcomes are achieved,” he said.

He further spoke about the campaign they did for the Association of Mutual Funds in India (AMFI), which targeted different cohorts of people according to their behavioural patterns. “We had information about people who are looking to buy cars and are looking to get EMI options. We told them why are they spending money on EMIs, and suggested they invest in Mutual Funds instead.”

However, Verma also spoke about how advertisers tend to over-target consumers today. “I think there's a tendency to believe that digital is everything, I actually don't believe that. I believe that my customers are different based on different demographics. I have seen people try to super target, and be super-efficient. The whole idea of over-targeting is very prevalent among us. I think it's good to take a step back and figure out the big cohort of the audience there. If you only focus on the people already ready to buy your products, you will never build new consumers.”

Shakdher further discussed the importance of building human connections and spoke about their campaigns during the IPL. “We wanted to drive away from the fact that digital tears people apart. We made it possible for people when they're watching cricket matches to recognise that their friends are also watching cricket matches on Disney+Hotsar. We made it possible for people to watch all the 60 IPL matches together.”