The auctions held on Friday were making headlines for over two weeks with India’s top broadcasters – Viacom18, Disney Star, Zee and Sony – raising questions about the closed bid process adopted by the international cricketing body for the grant of media rights 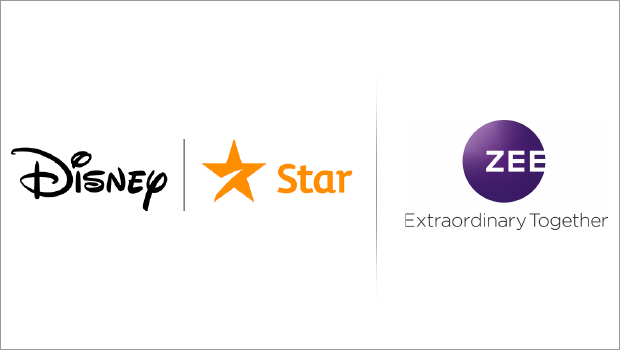 The sequence of events in the ICC media rights auction signal the coming together of two unlikely partners, Disney Star and Zee, to keep Reliance-backed Viacom18 away from ICC media rights.

The auctions held on Friday were making headlines for over two weeks with India’s top broadcasters – Viacom18, Disney Star, Zee and Sony – raising questions about the closed bid process adopted by the international cricketing body for the grant of media rights.

Two days before the auction, PricewaterhouseCoopers (PWC) stepped down as the ‘process auditor’ for the ongoing ICC media rights process. This added more fuel to the fire and the top broadcasters stepped up their attack on ICC’s ‘opaque’ process.

Viacom18 Sports CEO Anil Jayaraj demanded that only e-auction should be allowed else they will pull out from the auction process.

However, as per NewsDrum the other three broadcasters - Disney Star, Zee and Sony - did not push for adopting e-auction as the sole process for the bid. They were comfortable with either closed bidding or e-auction.

A media analyst, who has been a part of several bids for ICC and BCCI media rights, said that ICC might not have gone the e-auction route as three broadcasters were comfortable with the existing arrangements.

Upon being asked why Viacom18 demanded e-auction as the sole process, the analyst hinted that Viacom18 might have had notions that there could be sabotage in the bid process by mutual understanding between two competing players.

“At the same time, Star and Zee did not press for the e-auction for the same reason. They must have planned this coup much in advance to oust Viacom18 which acquired IPL digital rights at a very high cost,” the analyst added.

Disney’s strategy to outsmart Reliance appears to be a repeat of the IPL media rights process which is being seen as a classic case of top-class business rivalry.

During the IPL media rights, NewsDrum had reported how Disney Star made sure Viacom18 pays more fees (per match) for digital rights than TV.

When the digital rights were closed at Rs 48 crore per game, Disney used its right to challenge the Package B winner Viacom18 with an incremental value of Rs 1 crore per game. This took the per match fees to Rs 50 crore.

Then Disney Star sensed Reliance’s desperation for digital rights and took a calculated risk to make digital costlier than TV.

Viacom18 also picked up India digital rights under Package-C having an 18-game non-exclusive pack for Rs 3,258 crore. This means that Viacom18 will pay an additional Rs 36 crore per game for 18 or more games every year.

In effect, the digital rights would cost Rs 23,758 crore to Viacom18, which is more than the sum the cricketing body received for TV rights.

Where does Zee come into the picture for ICC rights?

Zee sold its “Ten Sports” channels to Sony long back in order to exit the sports broadcasting business. Although there were internal deliberations on several occasions about entering the sports genre, Zee never revealed its plan to re-enter or launch a new channel.

“Even in the IPL, the battle was between three players – Disney Star, Viacom18 and Sony. IPL is much bigger as a property than ICC rights. If Zee had to enter the sports business, it would have been better for them to begin with the IPL bid. That was just two months ago. I don’t see any significant change in these two months that might have pushed Zee to re-enter the sports business,” said a senior broadcast executive.

According to the executive, the ICC rights will begin in 2024 and Zee-Sony will be one entity by then. “Although both the teams are functioning independently for now in the wake of the remaining regulatory approvals, including CCI, it will make more business sense for Zee to utilise the existing sports network under the Sony Ten franchise.”

The days when one sports channel would be sufficient to monetise a big property to its fullest are long gone. Today, a broadcaster needs multiple channels running multiple feeds in multiple languages from both the audience and advertisers' perspective.

“Despite having an appetite for creating a sports network, Zee would be fully aware of how time-taking and risky a proposition it is. Zee had burnt its hand once. Given the current market condition where there is an uncertain regulatory intervention in distribution, it is a challenging task for any broadcast network to take such a risk. For me, Zee went for ICC TV rights keeping the merged entity in mind,” a market analyst said.

The broadcast executive quoted above said that one decides to go for the very costly media rights keeping in mind the requirements of the network and not vice-versa. “It is very unlikely that a conservative player like Zee would take any such step,” he said.