The front page of five lakh copies of Kannada newspaper, Vijaya Karnataka, were scented with the fragrance of the Champa flower for the campaign, symbolising the fiction title ‘Kendasampige’ 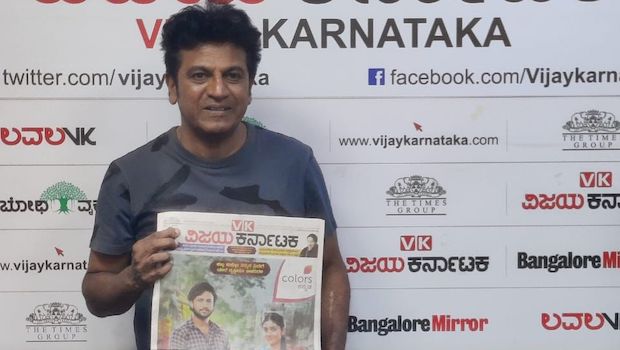 Colors Kannada has recently launched its new fiction show ‘Kendasampige’, a story based on two siblings who are into flower selling business.

As a part of the marketing campaign, the channel has launched a print campaign with Kannada newspaper - Vijaya Karnataka.

The front page of the daily was scented with the fragrance of the Champa flower, symbolising the fiction title ‘Kendasampige’. Around five lakh copies of perfumed newspapers were circulated across Karnataka.

Shivaraj Kumar, the Kannada film industry actor, visited the newspaper’s offices and posed for a picture with this innovative print copy.

Shriram BR, Director - Marketing, Colors Kannada, said, “A unique approach like this can always help the brand to meet the objective of the launch. Champa (Sampige) flower fragrance has given readers a fresh feel to start their Monday while establishing a strong connect to the show’s theme.”

‘Kendasampige’ is a story based on brother-sister bonding who are slumdwellers and are into flower selling business. The story focuses on the bonding of Sumana, the elder sister and Rajesh, the brother who though not on talking terms, are emotionally bonded.

The story also has socio-family elements based on the fictitious locality of Sridevi Nagar where Sumana played by Kavya Shaiva, becomes the messiah for the poor. Sunil, of mythological show Shani, will be playing the role of Rajesh, the brother of Sumana.

The show has a promising cast such as veteran actor Doddanna, thespian Nagaraj Koti, debutant Akshay and others.

The show is produced by the team of the Colors Kannada’s successful venture ‘Ginirama’ – National Award-winning director Preetham Shetty is directing Kendasampige.