Advertising doesn’t pay the young and inexperienced. But what if you’ve spent a few years and cracked some campaigns? It may still not pay. BestMediaInfo.com deep dives into the issue of pay parity in one of the most underpaying sectors in the country 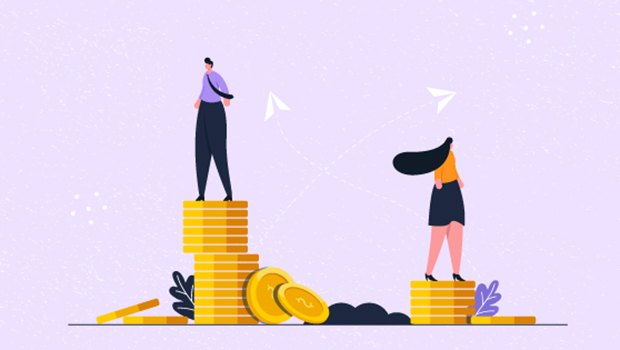 According to a Crisil report, CEOs in Indian organisations get paid 130 times more than regular employees.

The report further states that in private companies, CEOs get paid 137 times more. While sectors like FMCG and real estate are mostly being headed by families which can be the reason behind this parity, what about the more democratic sectors like advertising?

According to a senior advertising executive, working at one of the leading ad agencies in the country, advertising is a heavily underpaid industry. He said even people working at the VP level are underpaid.

“The salaries in the industry are wayward and nobody really knows how much the really big guns are paid.”

According to sources, the top guns are getting almost 100% more than what the middle management makes. The source added that, “The salary of an NCD is somewhere between Rs 2.2-2.5 crores with 18-25 years of work experience. Someone with lesser experience makes about 50-80 lakhs. This is a number the juniors can’t even dream of.”

Yousuf Rangoonwala, Founder and Head of Strategy at Kakkoii Strategy, Communications, Technology and Entertainment, said that it is not true for all the agencies but like all corporates, the top management does make far more than those below.

“The problem is not that they get more. In fact, they should as they are taking up a lot more in terms of responsibility, and risk mentally as well as physically. In advertising, my experience has been that big agencies don’t reveal to the clients the actual hours people are putting in. A junior-level person at times is managing more brands than they can sensibly in a day. They are contributing much more than they can or should be doing on paper. These guys are also never compensated for these hours,” Rangoonwala said.

Another mid-level advertising executive revealed that the salaries in the industry depend upon the kind of clients an agency takes upon. They revealed that it's not just salaries but scoring promotions is also difficult.

“Everyone is underpaid if you compare it with the kind of hours or work put in. Especially the client servicing people.  Despite all the efforts you put in, promotion is difficult,” they said.

Rahul Vengalil, Executive Director at Everest Brand Solutions, said until recently the folks in the industry were paid really well. However, organisations outside the industry like start-ups have also started poaching advertising talents. He said the start-ups started offering 20-30% hikes which is why the salaries in advertising started to look poorer.

“The challenge we have is not the pay gap, it is the paymasters are lesser compared to the cash which is there in VC-funded companies because that's how we are structured. Problems come in when people move out to other industry which is highly paid and then they think that the ad industry pays them less,” he said.

Vipin Dhyani, Founder and Ad film Director at Thoughtshop advertising and film productions, quoted an industry saying to add, “Advertising is the only profession where you are not paid correctly. Either you are underpaid or overpaid.”

What is the solution?

According to Rangoonwala, most big agencies thrive on the retainer model, however for new projects that require the most time from employees, no share of the project is given to the employees.

“The top management has to admit that it needs to make the kind of money they want a little slower. Not saying that they should not be getting this money, however, they should not be taking this from the employee’s share. Corporate greed has to go away. This is a choice you have to make because if you are taking for yourself from the company’s revenue and paying less to the employee, the situation of the industry will never change,” he said.

“The talent crisis is the biggest challenge at the moment for the industry. There is either no talent and agencies don’t have that kind of money from clients to pay the employees. People are on breaks because they have been exploited for the past two years or they want to work remotely,” he added.

No one can deny that at the end of the day agencies are also businesses and need to make money. However, the number of agencies has also increased and the competition has forced agencies to work for the clients at lesser costs.

Rangoonwala further said that agencies should stop working at lower fees for the client. He said that global surveys show that agencies are underpaid by 15-30% by their clients.

“The problem with agencies is that they are always willing to lose the fees for the client but never raise the salaries of employees. The top management has to stop agreeing to work at lower fees. If you have self-respect for your work, people will pay you for it. The strategic answer to the problem is that the money has to come from clients.”

Citing similar views, a Creative Head at an established agency stated, “The advertising industry is an underpaid industry because every year there is a depreciation in the cost paid by the client.”