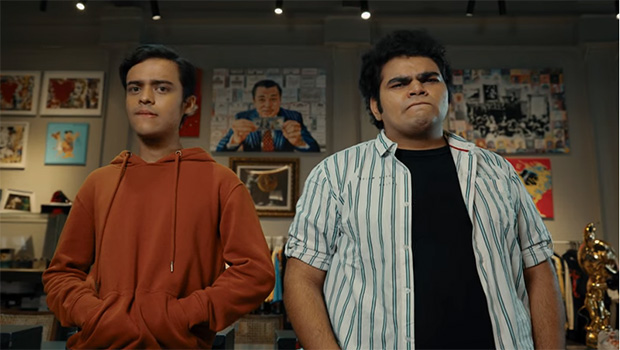 Highlighting the quick and easy services provided by muvin, the campaign also focuses on the underestimation of an underdog with its relatable and ingenious plot to target this user segment.

The campaign features some of the industry’s and Monk Entertainment’s exclusive content creators like Vanshaj Singh, Muskan Ranka and Devishi Madaan. The team at Monk-E churned out a 360° empowering and witty campaign for muvin- right from creative conceptualising to end-to-end production to scripting and editing.

Mahima Thakar- Social Media Head, said, “We at Monk Entertainment always push ourselves to raise the bar with every project we do. The ad campaign with muvin was no exception. The idea was to create brand awareness in a fun, youthful and creative way. With total creative control, we designed this three-part 360-degree creator led ad campaign.”

Mukund Rao, Co-Founder of muvin, said, “More than ever before, the teenagers in our country are steadily becoming financially independent. As young consumers, they are opinionated when it comes to their personal life and the choices they make, whether it is related to gadgets, fashion, food or travel. Each of our solutions including our pocket money app, prepaid card and the RuPay keychain are fully self-assisted and self-managed, empowering the teens to conduct offline and online transactions in a simplified and secured manner. We are confident that the creative churned out by Monk Entertainment, will assist us in our mission to educate teenagers and their parents on the relevance of financial literacy, at a time when payments are increasingly becoming digital. The campaign resonates with our key audience who want to take better control on matters pertaining to their financial freedom.”