GroupM Brew 2022: How can brands use gaming as a space to build communities

At GroupM’s Brew2022, experts and leaders of the gaming industry discussed how gaming is transforming itself and focusing on community building and the opportunities lying ahead 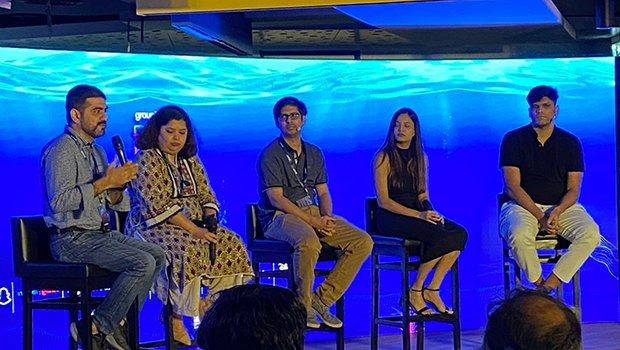 Although perceived to be a niche category, the gaming industry is grabbing the eyeballs of marketers. According to a BCG report, the industry in India is growing at a CAGR of 38% and is expected to triple to $5 billion+ in mobile gaming revenues by the year 2025.

A panel at GroupM’s Brew 2022, had the leading names from the gaming industry, like Shruti Verma- Business Lead- India/SEA and the Regional Marketing Director-ASEAN/India for Epic Games; Rajesh Pantina- Director of Marketing InMobi; Anurag Sachdeva-Founder and CEO of Xtender; gaming influencers- Mithilesh (Mythpat) and Mansi Gupta, discuss how the gaming industry has evolved from entertaining bored audiences to building communities.

The panel discussed how the gaming industry has evolved and boasts of a tight-knit community today, much like existing social media platforms.

According to Sachdeva, gaming has been continuously growing, unlike mediums which go on a lower trajectory for a new medium to make space. He said games like Fortnite, Minecraft, and GTA bring millions of people together.

“It is no longer about how many people are playing games but about how they are consuming the gaming content,” Sachdeva said.

Verma of Epic Games added that the growth in technology, as well as the huge power of adaptation of gaming, is giving marketers as well as gaming creators an opportunity to do much more in the space. Verma said game developers are focusing on making these spaces more interactive and engaging.

Pantina of InMobi said that gaming was always intended to be social. “Back in the 90s as well people were building communities around games. However, mobile has democratised gaming,” he said.

Gaming creator Mithilesh-also known as MythPat, explained how he perceives the medium. He said that other forms of content creation like films require a high budget to actually connect with audiences. It is the opposite when creators use gaming platforms.

“Gaming is a medium for me to entertain people. You can make your own story around gaming and then share it on different platforms like YouTube and make your own audience. I have 12 million subscribers out of which 2-3 million are people that consume my gaming content loyally. They are my ‘community’. Similarly, brands should focus on building communities on these platforms to gain success.”

On the other hand, Gupta shared how gaming technology has been evolving. Upon being asked what role will Metaverse play in the growth of gaming, she said that gaming technology today is almost like the ‘phygital’ world.  She further cited the example of the luxury brand Balenciaga collaborating with Fortnite to make digital outfits that could be purchased inside the game.