DS Spiceco, a part of the DS Group, has launched a new campaign for Catch Sprinklers, its flagship product 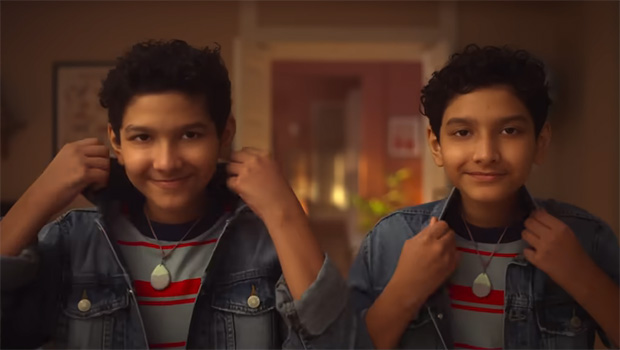 DS Spiceco, a part of the DS Group, has launched a new campaign for Catch Sprinklers, its flagship product.

The film revolves around the similarities in identical twins, who have exactly the same genetic makeup and look and behave similarly, including how they dress up and what they eat and enjoy. However, when it comes to food and seasoning their palates are different with distinctive tastes that are satiated by Catch, which has a match for every taste.

The film opens on two young identical twin boys coming out of the dressing room, wearing the exact same clothes and accessories to look identical. Even the shirts are tucked in the same style. They both admire their reflections in the mirror, flick their hair to the same side and high-five each other without looking. Later the twins are playing football and they both fall down at the same time and seem to have the exactly same bruises on their face. This is followed by twins watching a horror movie with both having identical reactions to the movie scenes.

Later, the twins are seen sitting across the dining table with a plate of food in their hands and reaching out for the Catch Sprinklers. There’s a moment of pause as both hands appear to go for the same sprinkler, however as the camera zooms out, one twin picks up the Chat Masala Sprinkler and the other the Black Salt one. They both raise their eyebrows at each other, as if questioning the other person’s choice. But then they break into a smile and continue to sprinkle the respective taste enhancers on their plate.

The voice over in the films says “Aap kitne bhi same kyun na ho, taste to same kabhi nahin hota. Isliye Catch ke paas hai sabke taste ka match. 100%”. (You may be same in all aspects but your taste will always differ. Catch has a match for every taste. 100%.)

Sandeep Ghosh, Business Head, DS Spiceco, said, “The flagship product of Catch, the sprinklers have enjoyed leadership in the category since its launch in the year 1987. The new commercial will further consolidate Catch’s leadership position in the table top category, which has expanded over the years and has a variety of salts, pepper and blends today. A taste enhancer for every palate indeed.”

On the thought behind the campaign, Anupama Ramaswamy, Managing Partner and National Creative Director, Dentsu Impact said, "Who uses sprinklers? Someone who wants something extra in existing food. Now that’s simple. From here came the insight of how people may be similar but when it comes to the food and taste, people may be different. And how can we show this behaviour using a visual mnemonic which is memorable?”

“So there came the creative device of twins. We all know twins are same in most aspects. Except when it comes to taste. Of course, shooting with identical looking kids was challenging particularly when it comes to the exact reactions, but I must say, it was a commendable job done by the director Gaurav and the entire team at Good Morning Films.”

“I can already see this campaign winning hearts among the TG. It is going to break the clutter and I am quite confident that this will create a new mark in the sprinklers’ category. May be set a new trend of ‘how to beautifully use twins in communications,’’ said Hindol Purkayastha, EVP, Dentsu Impact.