The campaign aims to showcase the grace and inner strength of Odia women with a song, sung by playback singer Aakriti Kakar 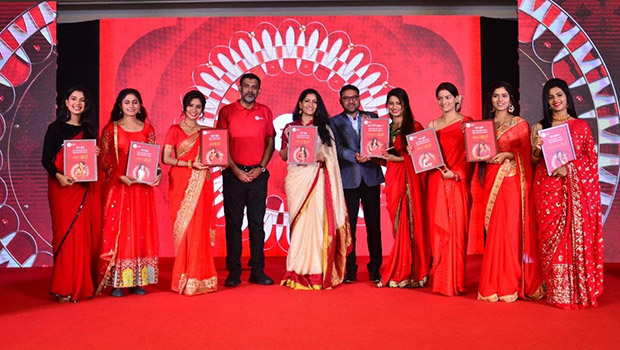 Zee Sarthak, the Odia entertainment channel, has announced the launch of its new campaign that pays ode to the women of Odisha.

Inspired by the cultural ethos of the region, the new campaign is built with popular characters from the channel who reflect the very being of the Odia woman and salute their magnificent grace and resolute inner strength.

With music directed by Indradip Dasgupta, and the Odia song sung by playback singer Aakriti Kakar, the channel aims to further strengthen its connect with the audience through distinct range of shows, relatable storytelling, and refreshed brand identity which offers an enhanced viewer experience.

Zee Sarthak strongly follows a consumer-centric approach in creating and curating a strong mix of fiction and non-fiction shows that have been consistently gaining popularity among viewers. The new campaign celebrates the Odia women’s spirit and resilience, which is reflected in the channel’s content philosophy.

Pratik Seal, Chief Channel Officer, Zee Sarthak, said, “We aspire to keep being Odisha’s preferred choice by entertainment with our viewer first approach. The success garnered by our recent shows such as ‘Jhili’ and ‘Didi No.1’, have played a critical role in reinforcing our promise of offering extraordinary entertainment. Going ahead, we have interesting properties lined up for our audiences, which include the new seasons of the much-loved and widely popular Sa Re Ga Ma Pa, Dance Odisha Dance and more new stories. We will also continue to broadcast the much-anticipated Jagannath Puri Rath Yatra. Taking the channel’s entertainment quotient, a notch higher, the brand-new identity is another major leap that will enhance our viewing experience and further strengthen our connect with the audiences.”

Samrat Ghosh, Chief Cluster Officer – East, Zee Entertainment Enterprises (ZEEL) said, “At Zee, we have always kept the viewers at the nucleus, while leveraging aspects such as design thinking to formulate an intriguing yet entertaining mix of shows as part of our content slate. Zee Sarthak is the number 1 Odia GEC channel and one of the most successful regional GEC channels in India. Our brand and content have always highlighted progressive and culturally rooted thoughts complimenting deeply ingrained values of middle class Odias. The spirit of this culturally rooted progressive thought has been always displayed through our extraordinary stories and empowered women characters that mirror the culture and simplicity of Odia women (the ‘Lakshmi’ of Odia households), is a key factor behind this popularity. In line with the channel’s content philosophy of ensuring consumer centricity and offering ‘Truly Odia’ (Khanti Odia) content to the audience in the region, Zee Sarthak is proud to announce its new campaign which captures the true spirit and voice of middle-class Odia women. In addition to this, Zee Sarthak over the years, has launched several initiatives with an aim to empower the women of Odisha. The song that we are launching today and the Nallibindu initiative is a step in the same direction.”

Zee Sarthak had recently announced the launch of ‘Nalli Bindu’ campaign in association with Raja Prabo festival to spread awareness about women’s right to menstrual hygiene.

“Therefore, moving ahead in the journey, we want to cherish the relationship we have with our viewers and partners, and together march towards an extraordinary journey that reflects the true sentiment of “Nuwa Kahani Nuwa Rangare, Atoot Samparka Ama Sangare’,” Ghosh added.

Talking about the new brand identity, Kartik Mahadev, Chief Marketing Officer, Content SBU – ZEEL, said, “At Zee, our content and brand design is centered around the consumer. Our understanding of ‘Odiatwa’ (truly Odia being) has played a crucial role in maintaining leadership position in the market. The new identity of Zee Sarthak is both rooted and contemporary, taking inspiration from culturally significant symbols and regional art expressions such as the revered ‘Nilachakra’ and the local patterns of ‘Sambalpuri’ saree weave and signature ‘filigree’ jewelry. We believe this revamped brand identity will strengthen our emotional connect with the Odia viewer. The circular holder for the channel name symbolises how the inner circle (family and community) is integral to being Odia. Zee Sarthak’s new identity reflects the cultural ethos of the region as well as emphasizes on our vision and commitment to be the most preferred choice of entertainment in the market through relatable and insightful storytelling.”

As part of the campaign, ZEE Sarthak has further announced a Signature Step challenge on the channel anthem. The campaign has been launched on the Zee Sarthak channel and will be promoted through a 360-degree approach across mediums – OOH, Print as well as its social media channels including YouTube, Instagram and Facebook.