The government expects to finalise new social media rules before July-end after extensive consultations. The draft amendment is widely anticipated to be opposed by the big tech platforms during the consultation process 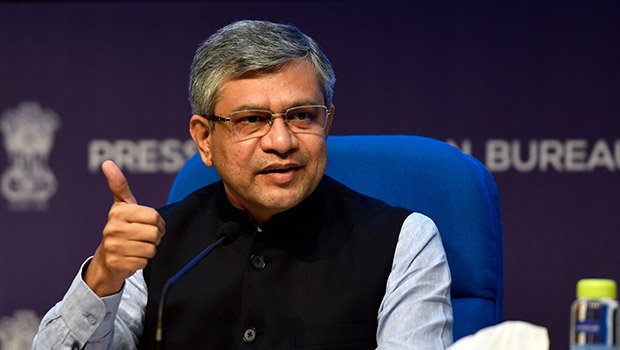 IT minister Ashwini Vaishnaw on June 18 said there is a clear consensus in the country on making social media platforms more accountable, and assured that the government will bring legal changes and regulations needed to do so.

Internet on mobile phones and social media platforms have brought powerful and transformative changes, but it must come with the realisation of responsibilities, the minister said emphasising that social media and the digital world need to be made more accountable.

"Whatever legal changes are required, we will do. Within media groups, self-regulation will be done, but wherever needed, we will take all steps to make social media more accountable," Vaishnaw said speaking at 'TV9 What India Thinks Today Global Summit'.

Be it in the parliament or outside, there is a clear consensus in the country that making social media accountable is essential, Vaishnaw said.

"If you see globally too, there is a clear trend that social media needs to be made accountable. It is the same in India. As I have said, legal steps will also be taken," the minister said.

No industry wants regulations, Vaishnaw said adding, "but bringing regulation where needed, and to the extent needed, is government's responsibility, and we will bring (it)".

The comments assume significance as the government prepares to finalise new social media rules that propose to give users a grievance appeal mechanism against arbitrary content moderation, inaction, or takedown decisions of big tech companies such as Twitter and Facebook.

Earlier this month, IT ministry circulated the new draft rules that propose a government panel to hear user appeals against inaction on complaints made, or against content-related decisions taken by grievance officers of social media platforms. At present, "there is no appellate mechanism provided by intermediaries nor is there any credible self-regulatory mechanism in place", the IT ministry had said.

The government expects to finalise new social media rules before July-end after extensive consultations. The draft amendment is widely anticipated to be opposed by the big tech platforms during the consultation process.

Social media companies such as Twitter, Facebook and WhatsApp have drawn regulatory heat in the past on issues such as hate speech, harmful content and misinformation on their platforms.

There is also brewing discontent among a section of users who allege that digital platforms have been indulging in arbitrary acts in taking down content.

The government has made it clear that no social media company can undermine the constitutional rights of citizens, and the internet must be a safe and trusted place with all platforms accountable to their users.

The rules require social media platforms to remove any content flagged by authorities within stipulated timelines and set up a robust complaint redressal mechanism with an officer being based in the country. Social media companies are required to take down posts depicting nudity or morphed photos within 24 hours of receiving a complaint.

Large social media companies -- those with 50 lakh users or more -- also have to publish a monthly compliance report disclosing details of complaints received and action taken, as also the contents removed proactively.