We want brands and marketers to aid in reshaping the narrative: Tarana Burke of #MeToo Movement

With #MeToo going viral for around five years now, Tarana Burke, Founder of MeToo Movement, talks about the future plan of MeToo Movement in reshaping the narrative with the help of brands and marketers and how it plans to face the challenges at hand 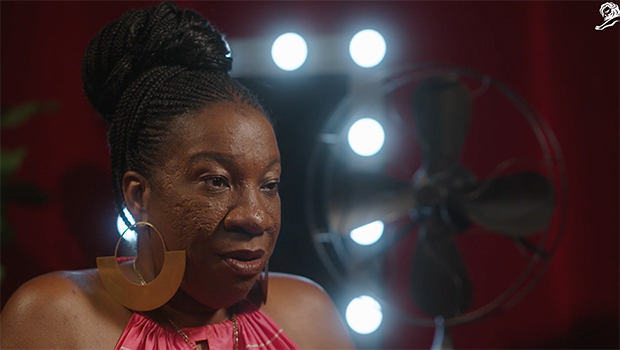 In a quick Q&A round at Cannes Lions 2022, Tarana Burke, Founder of the MeToo Movement, revealed that she wants brands and marketers to act upon the call-to-action for telling a different and bigger story, which in turn will help her in reshaping the narrative around the movement.

“We want people to re-imagine safety and we want them to think about this movement as a way of healing from an action of sexual violence,” said Burke.

Although it was Burke who had first used the phrase #MeToo on social media in the context of sexual assault way back in 2006, the momentum kicked in when Alyssa Milano took to social media platform, Twitter, to urge victims of sexual harassment and assault as a reply to her tweet using #MeToo. Since then the roar for #MeToo movement has been unstoppable.

While talking about the proactiveness of the MeToo movement, Burke highlighted that even though MeToo brings out a plethora of scandals pertaining to sexual violence, it is not the heart of the movement. In fact, MeToo is a movement that people need not fear but be involved in, she said.

Speaking on the role of joy in the MeToo movement, Burke claimed it to be at the very centre of the movement, because it is already inherent in the healing process. “It's about coming together and showing the world that we are powerful as a collective and there's a lot of joy in it too,” she remarked.

Movies and television shows generally depict survivors to be sad or angry or bent on revenge, which is not at all the accurate portrayal of what survival looks like, according to Burke.

“There's a lot of joy in survival because it just has to be. We can't make it through the phases of survival, out of healing, without joy and that’s the role that joy plays in the movement,” she said.

Upon being asked when should a prevalent issue become a movement, Susan Credle, Global Chair and Global Chief Creative Officer, Foote Cone and Belding (FCB), replied, “When you can find meaning in an issue that affects more than a small amount of people, it can become a movement because even if you weren’t a survivor or victim, someone you love might be suffering.”

Furthermore, she also spoke about how money plays a pivotal role in creativity, storytelling and the long-term effects of both. Everybody wants to be creative when it comes to brands but nobody wants to pay well.

She said, “If we don't value it from an economic standpoint, we will not be able to afford the talent that will tell the best stories in our industry. So, creating an understanding of the economic value of great creatives is of utmost importance.”