The one where Eggfirst hits a century

Amongst the various milestones achieved by Eggfirst, the most recent one is having grown exponentially from a team of feisty-fifty to hearty-hundred in just one year 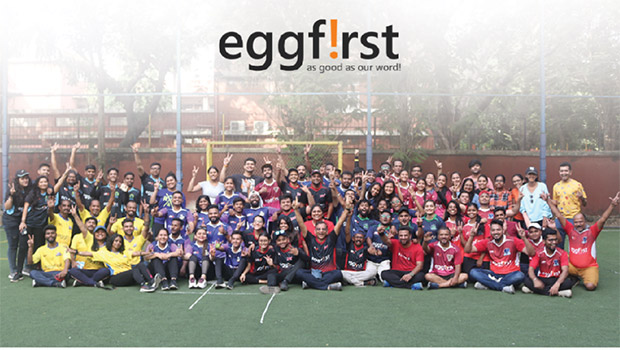 In a little over 17 years, Eggfirst has scripted success stories for more than 500 brands across industries, along with its own. Eggfirst started off back in 2004 in a small place, but with a big dream - To create unforgettable stories for brands.

The full-service ad agency, takes pride in being one of the fastest growing digital agencies in the country. Some of their recent and reputable client acquisitions include Simpolo Ceramics, Fino Payments Bank, Hathway-Den and SafexPay.

They are also the brains behind various popular campaigns like ‘Icon Steel - India Ka Icon’, ‘Hari Darshan - Mehke Mann Hoke Prasann’ that won at the Abby Awards, Goa. Bayer CropScience won at the Mommy awards, and ‘Fino Matlab Fikar Not’ with Pankaj Tripathi recently won the ‘Best Digital Strategy & Campaign for a Financial Services Enterprise’ at the Drivers of Digital Awards and Summit (D.O.D), Video Media Awards and The Great Indian BFSI Awards.

During this journey, the agency has carved a niche for itself at the cross-section of vernacular, digital and rural markets. It also won awards for ‘Best Social Media Brand’ in Agriculture Advertising for Bayer CropScience and the Award for ‘India’s Fastest Growing Digital Agency - Rural Marketing’.

As per Eggfirst, the secret behind the achievements, the answer lies in the team - The Eggfirst powerteam! A dedicated and passionate team where each member plays to his/her strengths to build an empire that thrives on brilliance.

Founder Ravikant Banka strongly believes that a good captain is not somebody who performs the best, but who also brings out the best in the team.

"The secret to growing your business is to hire smart people, give them room to grow and help them be awesome at their jobs." 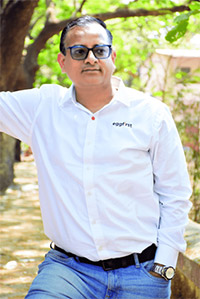 Amongst the various milestones achieved by Eggfirst, the most recent one is having grown exponentially from a team of feisty-fifty to hearty-hundred in just one year! The workplace has been a second home with co-workers behaving as an extended family. To help the team get better by the day and make success a collective goal, Eggfirst conducts regular training sessions that helps them perform better each day.

Interestingly, it also shares its performance numbers every month across the organisation at all levels from top level management to bottom. The purpose of this extreme transparency is to create a work environment that the team does not need an escape from, but where they enjoy making a living out of. They are all driven towards a common goal and enjoy the journey.

In fact, to keep the team members constantly charged, Eggfirst take special interest in team welfare and drive recreational activities that bring out the best in the team.

Eggfirst Premier League is one such event organised every year - an annual cricket tournament that brings out its passion to win and conquer. This year it was 8 teams and over 100 players competing for glory with everybody having the time of their lives. Casino Game Night was yet another exciting event, full of games and good food. It brought out the playful sides in each member. The evening ended with everyone shaking a leg and capturing moments they will surely reminisce later.

It is overwhelming to see Eggfirst and its team prosper with such vigour. Afterall, this is not just the success story of Eggfirst, but of every person helping the agency write one.