Shut down the news ratings again

While the use of landing pages has been much discussed, there is no proof that set up box tampering isn’t happening anymore 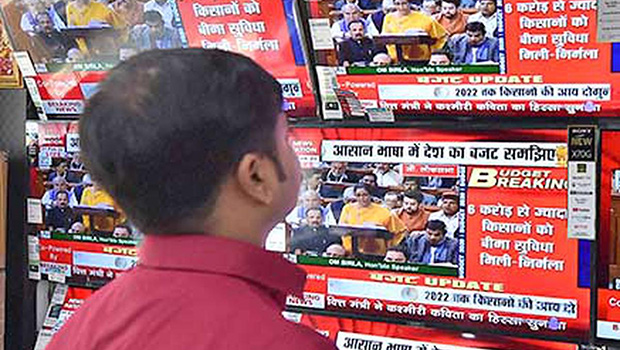 Ever since the news television ratings have resumed, almost every stakeholder is more or less convinced that the data is not the true representation of BARC’s tagline – “What India Watches”. Even BARC officials, its Board and its stakeholders are of the view that a few news channels are resorting to every possible trick to rig the data.

On several occasions, BARC has conveyed to the stakeholders that the interferences are external and it is beyond its control. On the other hand, the broadcaster side is pointing fingers at BARC’s processes, which date back to the time when blatant corruption took place, are responsible for the entire chaos.

“Not only us, but a lot of people in our fraternity are also convinced that the final data delivered to us is faulty. While the degree of errors in the data may vary depending on the individual analysis, why should advertisers be served with the wrong data? The news ratings should immediately be shut down until any amicable solutions to each issue are found,” said a large-sized advertiser who did not want to be named.

What has changed after the news ratings resumed?

While all the channels are busy playing “Game of Thrones”, the sheer loser is the “content” which is visible to everyone including the audience. This is only adding more disrepute to the news industry. So much so that even the government was forced to issue a strongly-worded advisory to the news channels to refrain from hyperbole.

Landing pages were there before but what has changed is that they have become more important after the ratings resumed. Even the channels that were faring at No. 10 have suddenly started putting huge amounts of money on landing pages.

According to an industry expert, the top channels are spending somewhere between Rs 10 crore to Rs 20 crore every month on landing pages. “They are not only creating another monster like placement fees, but they have chosen an unsustainable path. Their bottom lines will be damaged and eventually, they will end up sacking their hardworking loyal employees,” the expert said.

“Then there are hypocrites. The news brands that used landing pages as one of the tools among many other corrupt practices to make the “No. 1 noise”, and who are still available on landing pages of several headends, are seeking interference from the I&B Minister Anurag Thakur to stop landing pages. They are exposed in front of the entire industry and authorities,” the expert added.

Along with the landing pages, there are several other interferences on the ground better known to the industry stakeholders which are at the play in the quest to manipulate ratings. BestMediaInfo.com is not mentioning those interferences in the absence of proof.

While the use of landing pages has been much discussed, there is no proof that set up box tampering isn’t happening anymore.

“We are aware of all the anomalies. The news channels don’t realise they are forcing advertisers to go away from the genre. From 7.5-8% of market share before Covid, they rose to about 20% during Covid. They lost the opportunity to grow their pie. Now they are reduced to 4.5%. They are losing audiences because of their egos. All that will be left with the news genre is more players, less audience and even lesser advertising monies. Well played news,” said a media head of an electronics brand.

Who will bite the bullet?

BARC on its own cannot shut the ratings. However, it can propose to its stakeholders to do so citing the mess that has been created. No one including the I&B Ministry could foresee how the news genre with a 4.5% market share would behave.

“IBF will have to take a call if it wants the measurement agency to focus on larger issues including the drop in the entire television universe. I don’t think that the ministry will disagree with the idea of shutting down the news ratings again. After all, they are also upset with all the riggings and deteriorating content quality,” said an office-bearer of the Advertising Agencies Association of India (AAAI), one of the stakeholders of BARC India.