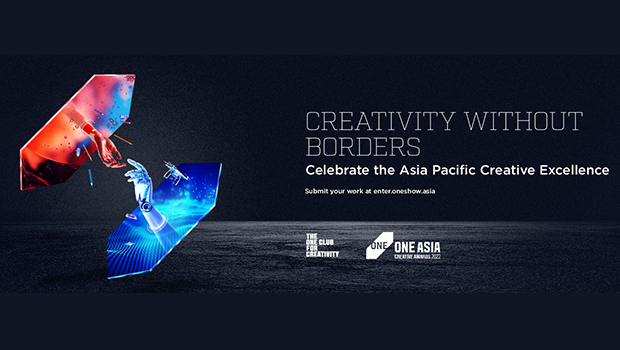 The One Club for Creativity has opened the call for entries for the One Asia Creative Awards 2022. It has also announced that the show will now be included as part of the club’s Global Creative Rankings.

After years of running The One Show Greater China, the club expanded the scope of the awards last year to include all of Asia Pacific as the One Asia Creative Awards. Entries were received from 17 countries and regions in APAC, with winners representing 14.

Among the big winners last year was Ogilvy Pakistan Islamabad, which was named One Asia ‘Agency of the Year’ and took home Best of Show for “Naming the Invisible by Digital Birth Registration” on behalf of Telenor Pakistan, who was named Client of the Year and picked up the CMO Award for the work.

Network of the Year: Ogilvy Group

Green Award: LIFULL Tokyo for its own “Bamboo Sweets”

Some changes were made to this year’s awards, most significant being the inclusion of One Asia as part of The One Club’s renowned Global Creative Rankings for 2023.

One Asia awards won by agencies and brands will now gain them international recognition in their own right, and contribute as appropriate to network and holding company global rankings totals. The specific points for each win will be announced shortly.

Other new features this year are:

The call for entries is supported by a campaign using the theme “Creativity without borders”, in recognition of how agencies and brands have overcome the challenges of the pandemic to create powerful work. One Asia 2022 will also give a chance for creatives all across APAC to come together and celebrate creative excellence from the region.

“The One Show Greater China Awards grew significantly in stature since starting in 2014, and we were excited last year to transform it into the One Asia Creative Awards,” said Kevin Swanepoel, CEO, The One Club. “The region is responsible for some amazing creative work, and a unique passion for innovation. One Asia recognises the best creatives, designers and innovators in all of APAC, and serves as a great fusion of cultures that brings the creativity of the region to the global stage.”

“After expanding The One Show Greater China Program to the whole Asia Pacific region with The One Show Asia Showcase in 2020, we launched One Asia Creative Awards last year to elevate the work of unique Asian cultures,” said Ma Chao, Chief Representative, The One Club Asia office. “Using The One Show’s best-in-class judging standards and platform, One Asia inspired the industry by showcasing the best creative works in Asia Pacific on the global stage.”

The entries are now being accepted via One Asia Online System.

Tags: One Asia Creative Awards call for entries The One Club for Creativity club’s Global Creative Rankings
Advertisment
More from this section