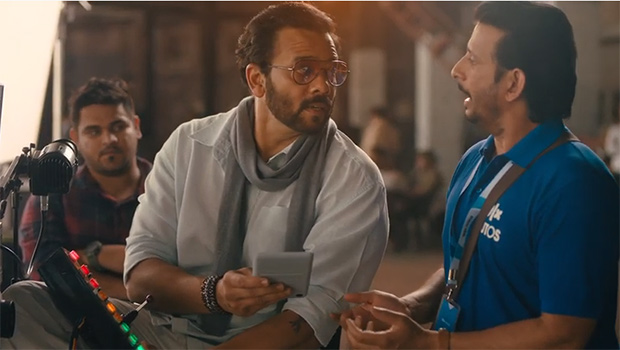 The second ad film in the series of four films, focuses around the value proposition of OLX Autos, offering the ‘best-price’ for pre-owned cars and conveys the delightful experience consumers can expect when selling their cars to OLX Autos.

The campaign films are a humorous take on the common tropes found across Rohit Shetty’s movies, where cars are often shown in a glamourized fashion performing gravity-defying stunts and often forming the centrepiece of the movies.

The new ad film titled - “Boombastic Car” plays on the trope of Shetty using exploding cars in his movies. The filmmaker proposes the sale of the stunt car to Sharman Joshi, who portrays the role of an OLX Autos employee, who then delights him by offering the best price for the same.

The campaign conceptualised by Lowe Lintas Delhi showcases OLX Autos’ commitment to offering the “Best Price” on any car that a consumer may be keen to sell.

With a low per capita car ownership rate in India, pre-owned cars outpace new cars in terms of cars sold and are often the first set of wheels for many consumers. The supply for pre-owned cars stems from existing car owners.

However, given the largely fragmented nature of the pre-owned car market consumers often face difficulties in realising the right price while selling their cars. The campaign seeks to highlight key offerings by OLX Autos, which aim at removing this information and access asymmetry with transparent evaluation process with no hidden charges, free inspection, seamless RC transfer and more.

The next two ad films in the campaign are scheduled to launch within the next few months.