Making brands look good through digital-first, mobile-friendly and future-ready approach has worked quite well for us: Roy Menezes of Centrick

Roy Menezes, Partner and Chief Creative Officer, Centrick, said that the agency is willing to do anything in which creativity can be applied and there is a trust put in them 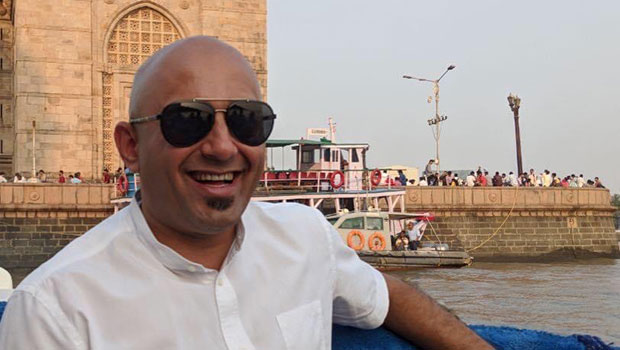 Centrick has grown exponentially in the past two years and it can largely be attributed to the fact that it has been putting out good creatives and they are ready to do anything as long as there’s scope for creativity, said Roy Menezes, Partner and Chief Creative Officer, at Centrick.

“Centrick has grown exponentially from being a start-up digital agency with a turnover of about Rs 1.8 crore in 2020 to having a turnover of Rs 22.8 crore in 2022,” according to Roy Menezes, Partner and Chief Creative Officer, Centrick. “Putting out good creatives and coming up with solutions that make brands look good by making them digital-first, mobile-friendly and future-ready is something that has worked quite well for Centrick.”

Signifying the importance of good-looking work, Menezes added, “If aesthetics are kept at the forefront of anything, no matter what you do, it just works beautifully. It has worked beautifully for Lifelong Online, and Kirloskar.”

As of now, the agency’s clients include conglomerates like CK Birla Group, Kirloskar Limitless, Kirloskar Vasundhara, EFL Global, Lifelong Online and Luvlap, among others.

Menezes further added, “Anything that you can apply creativity to, is something that we can do, provided it excites us and there is a trust put in us.”

Currently, the agency has three partners- Vikram Gaikwad, Vistasp Hodiwala and Roy Menezes. While Menezes takes care of the creatives, the other two partners act as creative mentors for the company.

The agency which started off its first project just before the onset of the pandemic with just one creative guy at its disposal now has grown to 15 people and plans to reward its core team with some stakes in the company in the coming five years.

During the course of the interaction with BestMediaInfo.com, Menezes also revealed that they are planning to open their international office in Dubai and are currently in discussions for setting up an office in Ajman Free Zone Area, from where the work from the Middle East will come to India.

“I joined Centrick on one of the projects as a freelancer, but I had worked on 2-3 projects with Roy, so I had an idea of how aesthetic and sensible he was. It has been two years now and even though Roy owns Centrick, it feels like the company is my own baby,” Shaikh said, upon being asked about what made her choose Centrick above other agencies.

Shah, the Creative Head for Interactive Content, said, “I think the way Roy approaches every brief and every client, he just makes it his own and that was so different than any other agency or any other person in this field that I had worked with.”

Also, with the lines blurring between digital, media and creative agencies, Centrick has also ridden on the bandwagon covering it all, be it print, television, outdoor, magazines and everything in terms of media across 360-degree solutions for brands.

“If everyone wants to set it up, I think, it just pushes you to be so much better, it’s as simple as that. It's 100% threatening, but where's the fun in it if there's no competition,” Menezes said.

When asked what sets Centrick apart from other agencies, Menezes replied, “The problem with big agencies is that it takes five years for them to do anything. It is ‘red tape’ that kills it for them. At Centrick all ideas are welcomed and worked upon without any red tape or levels of approval.”

Menezes also highlighted that ‘response theory’ is what makes work easier for Centrick’s core team when he said, “The levels are only there for responsibility. If you’re responsible and you know your responsibility, only then can you perform.”

Highlighting the level of competition and the position Centrick holds in the creative network, and awards in general, Menezes pointed out, “When the first shortlist for a big award came out, the list contained Lifelong and other big brands in the same category. Also, when we won three golds at Olive Crown it was not only a matter of pride for us but more than that, it became a testament to our clients’ trust,” Menezes said.

Emphasising the necessity for a good creative for any brand, Menezes claimed, “If something is looking good, feeling good, then people will spend time with it and that's what I think, is content.”

Speaking about branded content, Menezes added, “It’s not about selling the product, it’s about telling a story which is a slice of life. Show something that is inspired by a movement and something that you can resonate with, it works beautifully.”

Also, speaking of the #DetoxWork, a hashtag that went viral on social media, Menezes pointed out that it is not only the agencies that make a toxic work culture, but also clients, who contribute to the same.

Menezes further said that they have an employee-centric approach and added that even during the pandemic they ensured that salaries were paid on time and even increments were given to keep the morale high.

Menezes also said, “The first two-three things that we want to do is have fun at work, make things look good and feel happy about it. The rest can just happen on its own.”

Caught up in the perplexing cycle of shying away from the risk of leaving a well-settled job and investing hard-earned money into a start-up, Roy was backed by Vistasp and Vikram. Quoting what the partners had told him back then, Menezes said, “We’ll take care of the financial angles of it, You just build the business, get more people and as other businesses grow, you grow.”