The Canadian-American actor and Chief Creative Officer, MNTN, formerly known as Maximum Effort, Ryan Reynolds reveals how he entered the field of marketing completely by accident and yet carried on 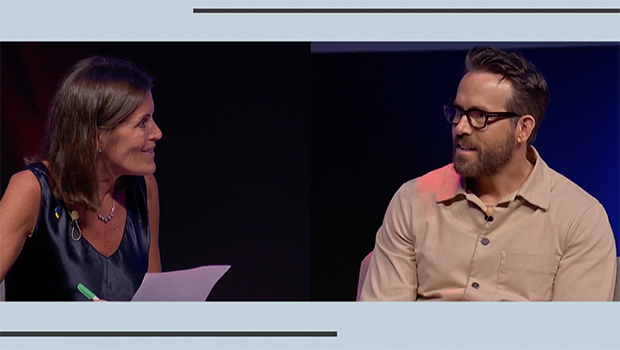 Reynolds also shared that even after spending a decade in making the movie ‘Deadpool’, what worked for the comic-movie was leaked test footage. “The movie was made in an unorthodox method but the studio never really believed in it and thus they gave nothing to make it as compared to other comic movies,” said Reynolds.

However, it was on the last shooting day that Reynolds decided to drive himself home wearing the Deadpool suit as he had spent over ten years of his life making it and was constantly training for his role for the past three years. But it was mainly because Reynolds wanted to market the suit from ‘Deadpool’.

“We started doing marketing with the suit and started having fun doing it, without giving away pieces of the film and then it really worked and the film went on to be successful. So, we sort of inadvertently became a marketing company,” Reynolds said.

Also, the proceeds from Deadpool were used by Reynolds in buying Aviation Gin and in acquiring a major stake in Mint Mobile. In 2018, Reynolds and George Dewey co-founded Maximum Effort, a film production company and digital marketing agency. However, Reynolds sold Maximum Effort to an ad-tech company MNTN last year.

Speaking of how Maximum Effort became a dream come true and literally made Reynolds and Dewey live the best days of their life, Reynolds said, “We were doing things a little bit differently and then we started branching out to other clients and working on projects that we really wanted to work on, with brands that we really wanted to work with and that's just been kind of a dream come true.”

Upon being asked how did Reynolds come up with the idea of being overt about the product and depicting it as a hero from the front and centre, he replied that the wildly popular and well-applauded Super Bowl ads instilled in him a product-overt approach.

“We all watch Super Bowl ads and they are just miraculous. But sometimes the product just disappears, like you’re seeing an ad that is so funny, but afterwards you’re talking about the actor who is in it but you couldn't tell what the product was that they were talking about,” he said.