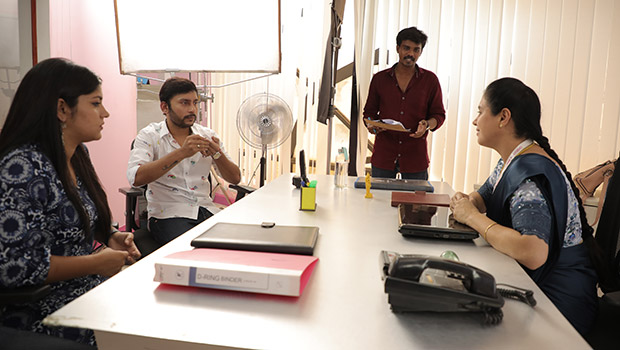 In a bid to set new trends Zee Tamil and Zee Studios have opened the doors for cine stars to reach out to the mass family audience through daily soaps. Zee Tamil made the move for the promotion of the movie ‘Veetla Vishesham’.

The channel invited the cast of ‘Veetla Vishesham’ on Tamil television for promoting their movie through a popular fiction show ‘Pudhu Pudhu Arthangal’, starring Devayani, VJ Parvathy and Niyaz.

The promotion was done after reality dawned that the real family audience who tune in everyday at an appointed time on television to view their favourite fiction shows are the ones who have the power to change the trend of box office success.

Tamil film industry stars have for long shied away from participating in television shows, however post-Covid there has been a change in the perception in the industry in accepting Television as a viable medium to reach out to mass audiences.

Siju Prabhakaran, Chief Cluster Officer, South ZEEL, said, “Zee Tamil wanted to celebrate and glorify motherhood together, despite the age, in the case of Urvasi in the Veetla Vishesham movie or in the case of Lakshmi (Devyani) in our Puthu Puthu Arthangal serial. We made this fusion to celebrate the purest motherhood emotion and promote Veetla Vishesham on television.”