Cannes Lions: Nike & Wendy’s are using creativity as a tool for storytelling & transforming the future

From Nike’s immensely popular ‘Crazy Dream’ campaign to Wendy’s becoming a part of Team Pizza, big brands are now riding on the bandwagon of using creativity not just for storytelling but as a path-breaker for how brands are going to think in future. However, McDonald’s plans to stick to a fan-centric approach in creativity to cushion risk 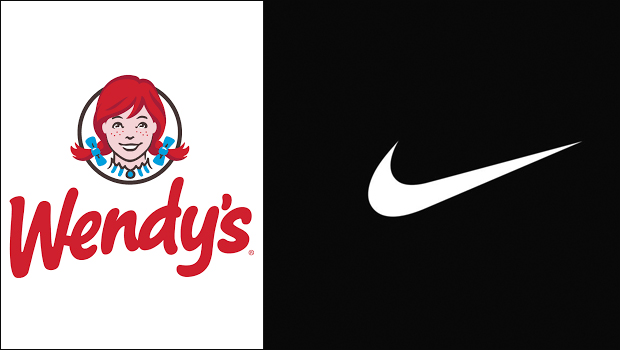 Being the International Festival of Creativity, Cannes Lions continues to celebrate creative works from all across the globe. Be it Nike’s Crazy Dreams or Wendy’s Team Pizza, Cannes doesn’t leave any stones unturned in recognising the worth of good storytelling skills and campaigns that are trying to change the entire narrative gamut.

Nike’s ‘Crazy Dreams’ campaign was appreciated round the globe for the fresh perspective and storyline, similarly Wendy’s and VMLY&R also brainstormed for a significant amount of time to bring about a change in narrative and to send out a new message to the brand’s audience.

Jonathan Johnsongriffin, VP Global Creative Director at Nike Inc, in his talk revealed the real story behind the 2021 Grand Prix winner ‘Crazy Dreams’. A campaign that was applauded for its gripping yet creative storyline, it was not just an idea that clicked instantly and there were a lot of ideas that went down before, as per him.

It was only one of Nike’s many attempts to not only co-author communities but to highlight Nike’s commitment to support athletes both on and off the field.

In fact, Johnsongriffin in his talk also revealed that the work on ‘Crazy Dreams’ started with Nike’s other campaign, ‘Just Do It’ with an aim to commemorate Nike’s 30th anniversary. He said, “It was not merely a campaign, but was a combination of athletes like Serena Williams, James Lebron and the members of the US Women’s National Team among many others.”

Quoting Colin Kaepernick, the former NFL athlete who brought up the idea of valuing things that have a purpose and mean something to the world at large, Johnsongriffin said, “Crazy dreams was not for or about anyone, actually it was a platform to support all athletes and opening up the invitation for people to believe sports can change the world and to dream a little crazier.”

Johnsongriffin further added that ‘Crazy Dreams’ was indeed a combination of Nike’s ongoing commitment to stand with and for athletes and the beginning of a new era of Nike championing the values they believe are essential to change the world through the power of sports. “Because the moment we stop dreaming is the moment we start believing and belief is irresistible,” he concluded.

The partnership between VMLY&R and Wendy’s started in October 2012 and it has come a long way from focussing on specific channels that push product messages whilst ensuring the holistic entirety of the Wendy's business.

Speaking about how trust plays a pivotal role in communication, Jen McDonald said, “We can be brutally honest with each other, be it about the problem that needs to be solved or how we think the work is, nothing is hidden. We trust that we have Wendy’s best interest in mind and with that reference, we create good work.”

Adding to this, Bennett said, “We value our consumers and that inherently forms the foundation of all our work at Wendy’s ranging from communication to products to every connection. Everything in our menu has to start with respect and with what we are going to do in order to over- deliver it to our consumers.”

With a mission to not get cornered and to not put out anything in the world that hasn’t lived up to the over-delivering expectations, both Wendy’s and VMLY&R strived to break the popular myth that Wendy’s puts frozen meat in their burgers.

The Fortnite-Wendy’s work which busted this myth actually came out of a team meeting where the gamers talked about pop culture and Fortnite’s Team Burgers and Team Pizza.

Within an hour of ideation, VMLY&R and Wendy’s had announced that they were going to play Fortnite as a part of Team Pizza and went forward with announcing their allegiance and destroying freezers with axes and suddenly there were a lot of people pouring in and following their lead.

Bennett said, “It was a great experience to rally fans and consumers and feel so authentic. We also won some big awards and gained recognition as to this is how brands are going to think in the future and interact with fans and how to get into specific cultural movements.”

“We are always recalibrating our understanding as to where consumers are and we always ensure to take a step back in order to understand how we learn from things that go wrong and what we can do differently in the future,” Bennett added.

Adding to this, McDonald pointed out that it is the honest relationship between the two that has helped in knowing when things go wrong and push each other to bring about adequate changes.

How has fan-centric creativity turned out for McDonald’s and Wieden+ Kennedy?

However, McDonald’s is going to stick to its tried-and-tested formula of staying fan-centred in the future too and they are planning to be more risk-free.

In a brief Q&A roundup, Morgan Flatley, Global Chief Marketing Officer, McDonald’s, said, “Focusing on the people who love McDonald’s helps unlock great creativity but it also brings in a lot of risk and taking that calculated risk consistently is what marketing is.”

Speaking of what the industry should be worried about, Neil Arthur, CEO, Wieden+ Kennedy said, “Finding real audiences and then talking to real people and to start cultural conversations which get brands into bigger spaces is the one thing that I worry about.”

Flatley, being a risk-averse individual, also highlighted the importance of surrounding oneself with people whom one can trust and rely upon at times, especially when one needs a little push, as it helps an individual to become more confident and comfortable.

“If it comes from a place of love and fandom then it's inherently got more attraction in it and there's more truth and opportunity with less risk,” added Arthur while emphasising on how a fan-centric approach helps in cushioning the risk-factor.

Concludingly, Flatley said that it is the power of talking to fans and reacting to a pitch from a fan’s point of view, by adopting a rather emotional approach over a pragmatic one is what drives her to action.