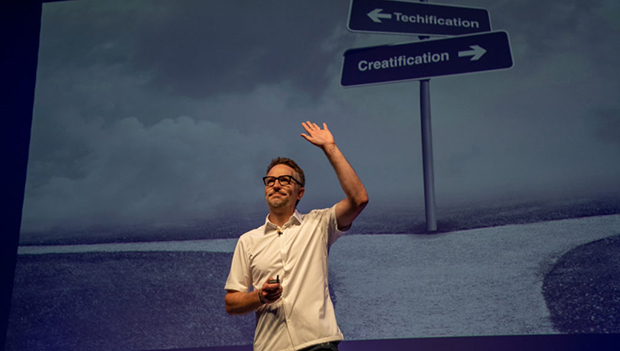 In our current financial markets, four businesses, namely ServiceNow, Salesforce, Block and NVIDIA, are the ones which have a market cap greater than Nike, Coca-Cola, Adidas and GM combined, said LinkedIn CEO Ryan Roslansky during his keynote address on the main stage at Cannes Lions on June 21.

Roslansky further said that for the advertising industry, these new B2B categories and the businesses like them are going to make the change and that's where the growth is going to come from. “Out of the 10 most successful tech IPOs last year, all but one was a pure B2B play. Many of these companies have no idea that they need you yet. You're going to have to persuade them that you can transform what they are trying to do,” he said.

“These companies are growing fast, they're spending money on advertising and they know that they need to stand out in an incredibly competitive market. So, there's a huge opportunity for the industry to help them to build their brands and make the right promises that people understand,” Roslansky said.

Roslansky said that as per the insights by LinkedIn’s economic graph, the most desirable and highly valued talents across today's global economy are privately held B2B businesses. Most of them are founded by extremely, brilliant techs who are the people who do not know the power of creativity or the power of storytelling, “but in this list there very well, might be a bunch of steam engines which need your help to tell the world that they are about horsepower,” added Roslansky.

The LinkedIn CEO further said that he believes there's a huge potential for growth for the advertising industry. “It'll be led by promise-making and there are new growth categories that need what only you can do. But it's time for a moment of truth because capturing this growth, it's not going to be easy. Some of the biggest assumptions in ways of working today in the ad industry, you're going to have to adapt to. The clients who will deliver the next generation of 10x growth are starting in 2022. They're going to look very different from the cool brands that you work with today,” he said.