Addressing a large gathering of advertising professionals right before the Day 1 awards gala for Media and Publisher Abby, Times Network MD and CEO MK Anand hinted that the channel has performed above expectations 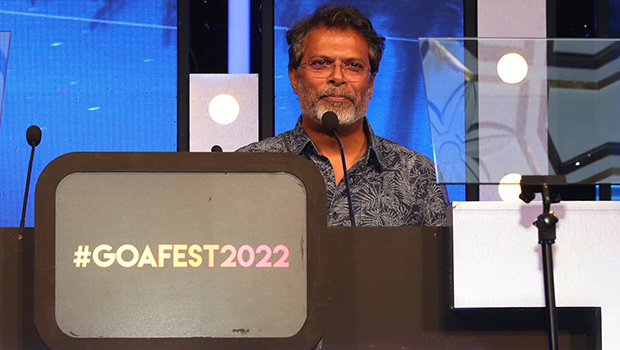 The SD version of the Hindi news brand from the house of Times Network was launched earlier this year on January 1. The channel went live on government-owned free-to-air platform DD Freedish on April 1, 2022, and is now set to publish its ratings after ensuring a successful debut in the BARC India data.

Anand, in his 10-minute speech, hinted that the channel has performed above the network’s expectations as per the unrolled data.

“Preview ratings numbers of our new baby, Times Now Navbharat indicate that we have already achieved our first phase ranking target with a commendable and fiercely competitive TSV in a short time. Our sharply planned distribution enables highest penetration giving Times Now Navbharat the highest OTS in the genre. Once we release the ratings data next week, you will agree with me that Times Now Navbharat is poised for greatness and is emerging as the true leader in the space,” he said.

Content with the performance of the network’s flagship channel Times Now, Anand said, “The newly released News viewership data clearly shows that Times Now has improved its Channel share by almost 8 percentage points and is the clear leader.”

Anand took the opportunity to introduce the new look of Mirror Now to the largest gathering of India’s A&M sector. “Further on our commitment to urban audiences, Mirror Now which we launched in 2017, is bringing a slew of newness to viewers. New leadership, New anchors, a different approach to how news channels look, ... and a more firm commitment of our promise to keep ‘You First’. I strongly recommend you the woke generation to switch on Mirror Now and see for yourself,” he said.

Terming 2020 as a case study and a turning point for the news genre, Anand said that there has never been a more bizarre period.

“The world is now noisier with more distracting events in all spheres all at once. And contrary to popular perception, when the environment is newsy, its not good for news business. At one end we had to protect and safeguard our reporters, editors and news crews and at the other serve people at home looking up to us for more and more information, direction and inspiration. Watching more news than we had imagined they ever would, especially in the absence of other fresh content - entertainment and sports. And then came the unfortunate story of the demise of Sushant Singh and the unending drama after that. And the inevitable politics. Not to deny that some among us did resort to peddling theories and hypothesis as stories and sensationalise to an extent that it was distasteful. And then came the infamous alleged News channels Ratings scam and a host of revelations by the Investigating Agencies that ratings had been rigged by some players for the past few years leading to misleading advertisers into wrongly directing hundreds of crores of ad spends,” he said.

“As a result of all this, unfortunately by 2021, the entire News genre got painted with a broad brush as villains. And some of us, impacted channels had no option but to seek a suspension in ratings and demand better processes and stricter vigilance by the rating agency. The result has been unprecedented reforms, and we have seen change of guard at various levels within the Ratings organization. Today we have at the helm some of the most respected people in terms of both technical expertise and personal integrity. Our very own Shashi Sinha leads the charge supported by Nakul Chopra and Vikram Sakhuja, a matter of pride for the ad fraternity as these gentlemen also have been our leading lights,” Anand added.

Anand emphasised that for Times Network, leadership is about doing things better, responsibly.

“While all this was playing out in our world, we at Times Network, decided to hunker down and focus on doing what we did best. Do the right things for our viewers and advertisers, the right and honest way. The last two years, probably the darkest years of humanity in our lifetime, warranted an empathetic and responsible approach to business and life. We believe that News as a business has a responsibility to deliver that selflessly,” he said.