Times Now Editorial Director and Editor-in-Chief, in his keynote speech at Leadership Summit at Goafest 2022, explained what leadership means for the channel 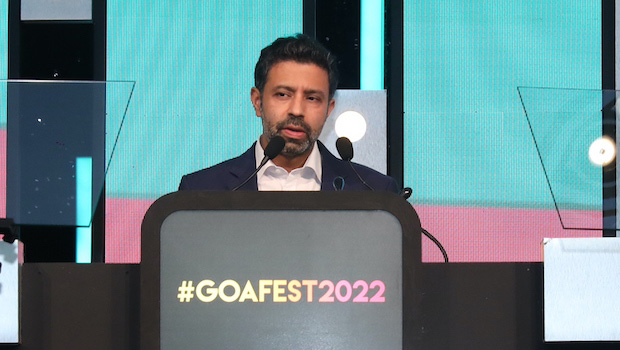 Times Now Editorial Director and Editor-in-Chief Rahul Shivshankar, in his keynote speech at Leadership Summit at Goafest 2022, said that leadership cannot be described and measured in numbers.

“One of the important qualities of leadership is that making amends is the surest way of getting excellence. No rating system can measure credibility, honesty, and integrity. Times Now leads by setting benchmarks,” he said.

Highlighting that Times Now has continued its run at the top after the BARC ratings were reinstated, Shivshankar said, “While we are flattered and while we believe this is a vindication of our journalism and we value your (public) support which is captured in these ratings, I have to say that it is easy today to be a leader in the rating game because some channels have made it a scandalous mug’s game and others have begun to sell absurd approximations of news.”

Sharing an example of hyperbolic presentation on news television, Shivshankar said, “Recently I saw a leader channel’s anchor floating above the battered cityscape of a bombed-down Ukranaian City. This anchor was floating in a virtual helicopter shouting ‘We are under fire’ when the lights of the so-called virtual helicopter started to flicker.”

“Another channel had 13 anchors standing on a makeshift balcony and saying a nuclear war has started. There was virtual smoke at the bottom of the screen,” he said.

Shivshankar said that many channels have commoditised news to such an extent that it is no longer news, but plain contempt. “They are turning tragedy into a spectacle; it is a variant of the news that is infectious and we are being told that people are happy to get infected. I am not surprised, because who does not like a freak show.”

Times Now could also descent to the level of a freak show but we don’t do it, Shivshankar said.

“At Times Now, every editor that leads every Times Network property holds themselves to high standards. There are so many checks and balances that we will never descent into that pit that commodifies death. This is why Times Now is a leader because it displays leadership - a quality that can’t be described in numbers,” he added.

Shivshankar highlighted that leadership means being competitive without focusing too much on competition or compulsion.

Times Now does what others don’t dream of doing as the channel prefers the paths less travelled, said Shivshankar.

“No one covers elections like us. We are election news headquarters. Last April when Delta variant of Covid was killing us, Times Now chose to focus on people-centric coverage and to boycot elections coverage. My CEO MK Anand supported me even though we had sponsorship deals in place.”

This shows that Times Now has risen above compulsion too besides the competition, Shivshankar added.

Citing the on-air goof-up involving infamous Daniel McAdams episode, Shivshankar said that the leadership was reflected in the way we handle mistakes.

“A channel of Times Now’s stature and quality should not have got its basics wrong. The video was viewed by 20 million people across the globe. Every international media outlet covered this and buried me in it,” Shivshankar said.

Shivshankar told the gathering how he handled the goof-up on the very next day. “We could have buried this underground. However, we know a brand like Time Now was maybe a little bruised but will not fall apart. I called Mr McAdams and said, ‘I am delighted to welcome back Mr McAdams, on popular demand. I am sure you are aware that you were the top trend across India. People have changed their DPs with your picture. This is great for a man who didn’t even speak a word. You were very close to imitating a legend who moved mountains without speaking much, so there is power in silence. In order to bring some life back in these troubled times, I and my editor, are thankful to you. Indeed, what would we be without you Mr McAdams today?”