Maruti Suzuki returns as the presenting sponsor, while ‘Charged’ by Thums Up comes onboard as the powered by sponsor 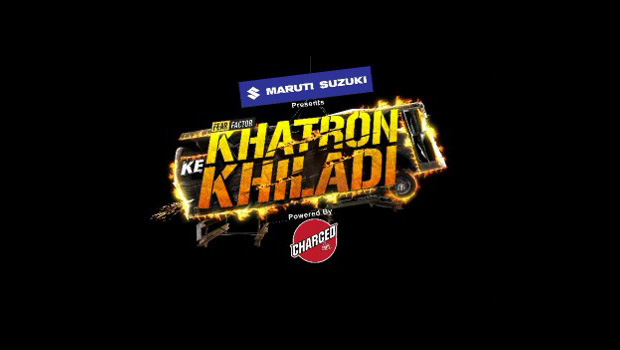 The stunt-based reality show ‘Khatron Ke Khiladi’ is back on Colors, and it promises to be bigger and better than ever, delivering adrenaline filled adventures, tons of excitement and unlimited entertainment.

As per the channel’s claims, last year the show broke significant records by becoming the number 1 Non-Fiction show in the Hindi GEC space for FY22 (on 2+) reaching out to 168 million viewers across India.

Returning with an exciting new season, ‘Khatron Ke Khiladi’ will see many electrifying contestants challenging their innermost fears and taking on many thrilling and gruelling tasks in the picturesque locations of Cape Town, South Africa. Ace filmmaker Rohit Shetty will return as the host leading and mentoring the daring troop in their journey.

Extending their association for the new season, Maruti Suzuki has once again comes on board as the presenting sponsor while ‘Charged’ by Thums Up has been signed on as the powered by sponsor for the new season of the show. This season will feature popular faces including Rubina Dilaik, Sriti Jha, Shivangi Joshi, Mohit Malik, Erika Packard, Aneri Vajani, Kanika Mann, Tushar Kalia, Faisal Shaikh, Chetna Pande, Nishant Bhat, Rajiv Adatia, Jannat Zubair and Pratik Sehajpal who will set out on an action filled journey in Cape Town.

Pavithra KR, Revenue Head, Colors, Viacom18, said, “Khatron Ke Khiladi is our flagship property and has become synonymous with action on Indian television. The previous season was the number 1 non-fiction property in the Hindi GEC category, and we are excited about its return. Given the show’s popularity, it serves as a great opportunity for advertisers to engage with and reach out to their audience. We are excited to once again associate with Maruti Suzuki as the presenting sponsor and welcome onboard ‘Charged’ by Thums Up as the powered by sponsor for the show and look forward to a great partnership. The new season will see a powerful ensemble of contestants experiencing the thrill and adventure with the action maestro Rohit Shetty.”

Rohit Shetty said, “Khatron Ke Khiladi is special to me, and I am delighted to be back. This season, the adventure and entertainment quotient is going to increase manifolds with new and innovative stunts designed by me. It’s always an honour to be such an integral part of the show’s journey and it’s always our endeavour to take the show to greater heights. Cape Town is an incredibly amazing high action ground and with this exceptional mix of daredevil contestants, it is going to be extremely exciting.”

Shashank Srivastava, Senior Executive Director, Marketing and Sales, Maruti Suzuki India Limited, commented, “We are excited to be a part of season 12 of Khatron Ke Khiladi. This is our fourth association with Khatron Ke Khiladi in a row and the partnership has only gone from strength to strength. Khatron Ke Khiladi is an extremely popular show and has created a niche for itself, especially amongst the youth of our country. At Maruti Suzuki, we constantly strive to bring out more youthful and dynamic imagery. We are extremely delighted to associate the iconic Swift with Khatron Ke Khiladi, which since its launch in 2005 has revolutionized the premium hatchback segment in India. The all-new Swift stands out from the crowd and has earned the love of nearly 2.4 million customers with its upright stance, sporty performance and unmistakable road presence which emphasizes individuality. Our partnership with the show resonates with Swift’s proposition of performance and being Limitless. We believe that the Khatron Ke Khiladi contestants of this season will bring Limitless Action to the viewers through their Limitless Performances on the show.”

Sumeli Chatterjee, Head - Integrated Marketing Experiences, Coca-Cola, India & Southwest Asia, said, “We have recently introduced ‘Charged’ by Thums Up to the Indian market, and we are excited with the immense consumer applause and appreciation that has been received for this electrifying drink. With double caffeine, and double kick, this beverage is a perfect partner to the action-packed Khatron Ke Khiladi franchise. We are absolutely thrilled to be part of this season.”