Metaverse awareness has more than doubled in less than a year: Wunderman Thompson Intelligence’s analysis 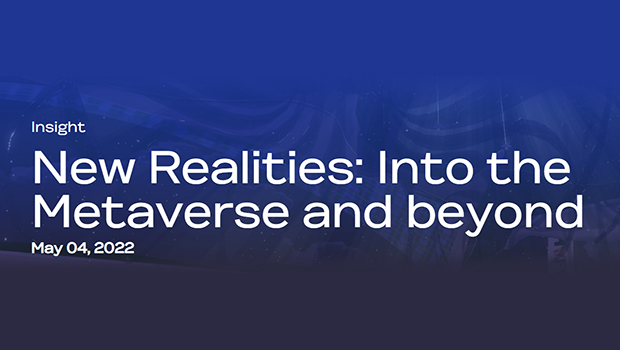 The awareness of the metaverse has more than doubled in less than a year, as per Wunderman Thompson Intelligence’s ‘New Realities: Into the Metaverse and Beyond’, an analysis and roadmap for adland which expands upon the ground-breaking ‘Into the Metaverse’ study.

This new paper shows brands and agencies clear directions in a tech field where 74% of people feel it will be the future.

Its 2022 metaverse survey ‘New Realities: Into the Metaverse and Beyond’ for which research was fielded in March - from over 3,000 people aged 16-65 in the United States, United Kingdom and China - shows that awareness of the metaverse has more than doubled in less than a year.

Although awareness has increased, understanding remains low, as per it. The research also finds that there is a lack of clarity around what the term means, with only 15% stating that they know what it is and can explain it to someone else.

Despite being unable to explain the metaverse, consumers believe that it promises to impact our lives significantly and among those who know what the metaverse is, two thirds believe it will be life-changing, with 74% stating that it is the future.

Emma Chiu, Wunderman Thompson Intelligence Global Director and author of the reports, said, “As ever-greater portions of our lives move into the virtual realm, it’s becoming increasingly clear that the metaverse will be instrumental in our collective future, with our follow-up survey uncovering widespread expectation that the metaverse heralds enormous changes to almost all industries.”

Areas in which consumers are expecting to see innovation include entertainment where 90% of respondents held this belief, followed by advertising and retail. Meanwhile, 85% believe the metaverse will impact the fashion industry and also the world of work.

The latest companion report includes fresh data and a number of other critical insights:

• Retail brand analysis shows the development of digital and physical shopping alongside one another, sharing case studies including Nike in Roblox, Forever 21’s Shop City and Fred Segal’s Artcade.

• The finance section of the report outlines the top banks, credit companies and crypto literacy projects along with research into the growth of virtual currencies. The outcome is that these currencies are becoming a significant economic force both for business and for countries as several get involved in experiments with nationally regulated crypto.

• Health and Wellness shares insights into deepening connections between digital and physical care for bodily and mental health. Explore case studies from Sims to CVS.

• Food brands have jumped into the metaverse with restaurants and beverage brands leveraging the link between food and social connection. From Coca-Cola’s Indian wedding to the Flyfish member’s only restaurant where NFTs are exchanged as verification, this sector shows real creative flair.

Naomi Troni, Global Chief Marketing and Growth Officer, Wunderman Thompson, added, “It’s critical that brands establish a roadmap for entry into the metaverse. However, there are concerns too around privacy, security, and safety. So, while our latest findings indicate almost limitless opportunities for brands — enabling them to reimagine what their products, services and consumer engagement could and should look like – they must also enter this new world carefully.”

Link to the full report: https://www.wundermanthompson.com/insight/new-realities-into-the-metaverse-and-beyond