AirAsia India invites flyers to #JoinTheFamily in its new campaign

Conceptualised by AirAsia India’s creative agency on record, Wunderman Thompson India, the campaign features three distinct films with quirky and heart-warming human stories that bring alive the joy of being part of a family 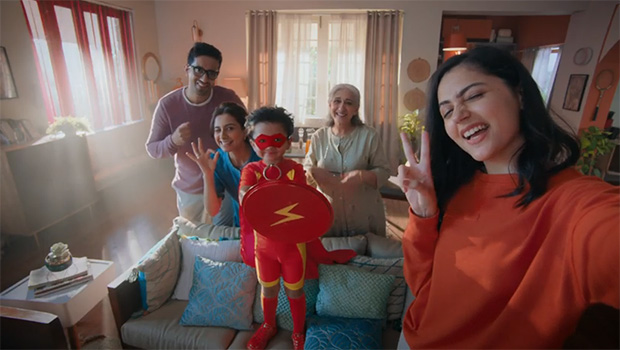 AirAsia India has launched a 360-degree marketing campaign inviting flyers to become ‘Aviators’ and make the most of the benefits of the NeuPass rewards program by Tata Neu.

The campaign is based on the insight that being a part of a family is a rewarding experience.

Conceptualised by AirAsia India’s creative agency on record, Wunderman Thompson India, the campaign features three distinct films with quirky and heart-warming human stories that bring alive the joy of being part of a family.

The integrated campaign across cinema, print, out-of-home, digital and social media platforms, showcases the power-packed benefits offered by AirAsia India on the NeuPass rewards program such as exclusive member discounts, complimentary Red Carpet priority check-in, baggage and boarding services and assured NeuCoins that can be redeemed across the family of Tata brands participating on the Tata Neu platform.

Siddhartha Butalia, Chief Marketing Officer, AirAsia India, said, “The NeuPass rewards program affords us the unique opportunity to redefine loyalty from the commoditised and transactional nature of traditional frequent flyer programs where individuals are defined by numbers, to a seamless and fulfilling experience of recognition and reward in every interaction. The campaign resonates the essence of what being part of a family is meant to be - a relationship of understanding, a feeling of fulfilment and an experience that is truly rewarding.”

Priya Shivakumar, Senior National Creative Director, Wunderman Thompson, said, “We saw the launch of this unique rewards program and the wonderful benefits of becoming an Aviator with AirAsia India as an opportunity to communicate simple and endearing human stories with a touch of humour that bring alive the fact that close friends and family are the ones you can always count on. The campaign ties back seamlessly to the thought of ‘redeeming rewards from each member of the family’ which was the idea we set out to deliver. By doing this, we not only elevated the conversation, but also made it as personal and fulfilling as the rewards.”