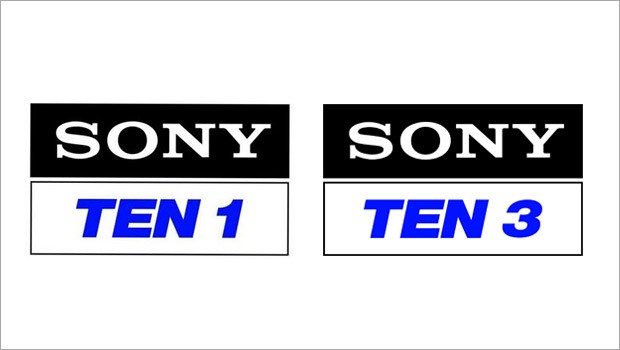 Sony Sports Network is all geared up to bring high-octane entertainment to WWE fans across the nation from WrestleMania 38, one of its biggest Live events.

The event will kick-off on April 3, 2022, and Sony Sports Network has prepared a comprehensive line-up of live WWE shows for the weekend.

Apart from the Live WWE events, the WrestleMania weekend will also witness the highly anticipated ‘The 2022 Hall of Fame Ceremony’, featuring the induction of ‘The Undertaker’ on April 3, 2022, at 6 pm.

To build momentum for the two most remarkable nights of WWE, Sony Sports Network has launched ‘The Battle for Ultimate Superstardom’ campaign.

The aim of the campaign is to capture the grandeur of WrestleMania, a magnificent two-night event that has will see the biggest clashes and created the greatest superstars making it the battle of Ultimate Superstardom. The communication signifies that WrestleMania is not just confined to the recognition or the title but goes beyond and depicts supreme stardom.

The 38th edition of WWE WrestleMania has got an elaborate star-studded match-card. The biggest and oldest event of WWE will see the Head of the Table – Roman Reigns and Brock Lesnar in the main event with their ‘Winner Takes All’ match, by putting their Universal Championship and WWE Championship respectively at stake.

The marquee event will see the much-awaited comeback of ‘Stone Cold’ Steve Austin appearing on the Kevin Owens show. Ronda Rousey will challenge the SmackDown Women’s Champion – Charlotte Flair in the title match.

After a history of injuries and fractures, Raw Women’s Champion ‘Big Time Becks’ – Becky Lynch will put her title back on the line against Bianca Belair. The match card also has in place a triple threat match of The Street Profits against the Raw Tag Team Champions - RK Bro and Alpha Academy.

Women’s tag team champions Queen Zelina and Carmella will also be seen in a match against Sasha Banks and Naomi, Rhea Ripley and Liv Morgan, and Natalya and Shayna Baszler.

Father-son duo Rey and Dominik Mysterio will face The Miz and Logan Paul. The event will feature Hollywood star Johnny Knoxville against Sami Zayn in the ‘Anything Goes Match’. The match card also provides for a clash between SmackDown Tag Team Champion - The Usos against Shinsuke Nakamura and Rick Boogs, along with matches between Edge vs AJ Styles, Pat McAfee vs Austin Theory, and Drew McIntyre vs Happy Corbin.

WrestleMania will be followed by a Live special edition of WWE Extraaa Dhamaal, featuring special guests, former WWE Champion Drew McIntyre on day one and former RAW Women’s Champion Rhea Ripley on day two, in conversation with host Ridhima Pathak at 9 am IST. The WWE Superstars will be seen sharing their experience of being a part of the grand event, their insights on the high-octane matches, and way ahead for them from WrestleMania.

In addition to the star-studded match cards for WWE WrestleMania 38, Sony Sports Network has announced a five-day WWE content line-up which includes live coverage of WWE SmackDown, WWE NXT Stand and Deliver, WWE RAW, and WWE NXT, along with the telecast of the 2022 Hall of Fame Ceremony and the Extraaa Dhamaal show hosted by Rohan Khurana to preview NXT Stand and Deliver.

Rajesh Kaul, Chief Revenue Officer, Distribution and Head – Sports Business, Sony Pictures Networks India, said, “WrestleMania has been the biggest LIVE event of WWE for nearly four decades now and has received immense love and support from followers across the globe. The fandom for WWE in India has been growing steadily over the years and it is our endeavour to provide viewers with the thrill and excitement of WWE coupled with unique experiences. For the first time, audiences in India will witness Wrestlemania Live, in four languages across three channels. We are leaving no stone unturned to ensure that we provide unparalleled entertainment to engage our viewers for five days. The glorious event not only attracts fans but is also a haven for advertisers. We are happy to have sponsors on-board across the entertainment, communication, and FMCG sectors.”