The channel will premiere ‘Minnal Murali’, ‘Marakkar - Lion of the Arabian Sea’, ‘Keshu Ee Veedinte Nadhan’, and ‘Pushpa: The Rise’ 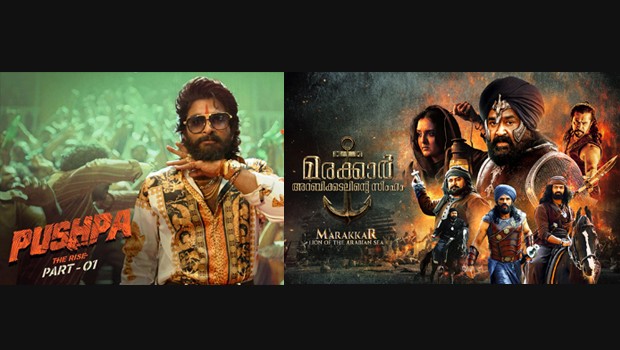 Asianet, the entertainment network of Kerala, is all set for the world television premiere of four blockbuster movies in April – ‘Minnal Murali’, ‘Marakkar - Lion of the Arabian Sea’, ‘Keshu Ee Veedinte Nadhan’, and ‘Pushpa: The Rise’.

With 1500+ movies in its library, the channel is the go-to destination for movie enthusiasts for their daily dose of Malayalam movies on television.

Last year, Asianet successfully presented blockbusters like ‘Drishyam 2’, ‘Nayattu’, ‘Joji’, and ‘The Great Indian Kitchen’ and this year too it aspires to bring the best of Malayalam cinema to the viewers.

“We are focused on delivering high-quality entertainment to viewers and the addition of these blockbuster titles reiterates our commitment to delivering non-stop entertainment that resonates with them. We are humbled by the response received from the Malayalam-speaking viewers to our content, and we will continue to strengthen Asianet’s library comprising of contemporary and quality movies,” an Asianet spokesperson said.

Screened at the Mumbai Film Festival last year, ‘Minnal Murali’, the first Malayalam superhero film received an astounding response from audiences. Penned down by Arun Anirudhan and Justin Mathew, the story revolves around the life of Jaison portrayed by Tovino Thomas, a young tailor who gains superpowers after being struck by lightning and transforms into a superhero. As he realises his superpowers, he starts to help people around him.

One of the most anticipated Malayalam movies, ‘Marakkar - Lion of the Arabian Sea’ is a biopic on Kunjali Marakkar the 4th, who is considered one of the greatest naval chiefs of India. The movie is credited to be the most expensive film ever made in Malayalam cinema and bagged the Best Feature Film, Best Special Effects, and Best Costume awards at the 67th National Film Awards in October 2021.

Starring renowned artist Dileep, ‘Keshu Ee Veedinte Nadhan’ is a humorous and feel-good family drama. Keshu, a 60-year-old driving tutor along with his family visits Rameswaram for his father’s funeral rites. Something unforeseen happens during the journey, which changes his life.

The biggest grosser of 2021, ‘Pushpa: The Rise’ bagged the ‘Film of the Year’ accolade at Dadasaheb Phalke International Film Festival Awards 2022.  Directed by Sukumar, the action thriller featuring superstars Allu Arjun and Rashmika Mandanna has been loved by all.

The World Television Premiere dates for the four movies are: