The report further stated that TV ad and subscription revenue is pegged to reach Rs 344 billion and Rs 415 billion in 2022, respectively. The report mentioned that overall TV connections will keep growing at a healthy pace of over 5% per year to cross 67% of Indian households by 2025 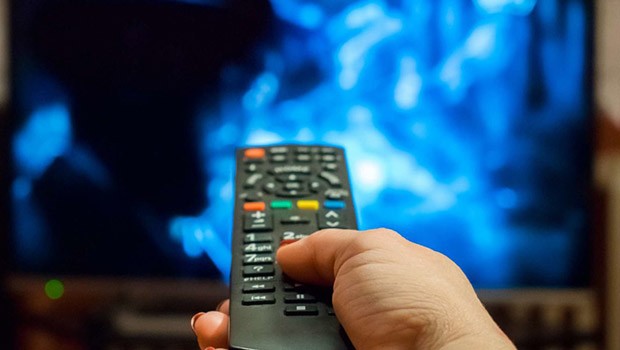 However, more new users will enter the Free TV market as the FreeDish channel count increases to around 200 by 2022 (from 164 in 2021), providing a low-cost advertising opportunity to marketers, despite the decision of large broadcasters to take their content off the platform in February 2022.

The growth of unidirectional TV will be far outstripped by the growth of connected TVs, which could reach over 40 million connected sets by 2025, on the back of 46 Indian cities which have a population of over a million each and a total population of 122 million which can be wired-up more easily for broadband as well as telcos partnering with LCOs to drive broadband services. In 2020, India had 10 million connected sets.

This means that overall TV connections will keep growing at a healthy pace of over 5% per year to cross 67% of Indian households by 2025.

The ad revenue for TV to grow on the back of new advertiser segments and brands exploring TV advertising to build brand awareness, upward correction in regional ad rates, line-up of fresh sports content, which remains a bastion of television, continued growth of free television, including with original content, TV continuing to be the most cost-efficient medium from a CPM perspective.

Subscription revenue to grow on the back of electrification of rural areas which will increase the reach of TV households. As work resumes post the Covid-19 pandemic, and people get back to the cities where they work, deactivated connections will come alive. Entry-level television sets will increase the demand for second screens in middle-class homes, some of which may extend to television. Relative pricing of television to broadband remains — currently — much in favour of television.

Although on the cautionary side, the continued movement of the pay TV base to free TV (at the lower end) and OTT platforms at the upper end (for the 2nd TV in the home) could have a dampening effect on the pay TV base. Also, the regulatory aspects around pricing and bundling could continue to impact ARPUs as subscribers learn to rationalise their channels and packages.

The future will be hybrid

Over time, as wired broadband is perceived as a utility and enters more Indian homes, the importance of the hybrid set-top box will increase significantly. Users will be able to get their television content in real-time linear mode through the television connection, while accessing more premium OTT content — and catch-up TV content —using their broadband connections. This will prove to be network efficient, with live content viewed using television infrastructure, thereby reducing the load on broadband networks. Packaging will also gain importance as linear + OTT packs become the norm; and this revolution will be led not just by the telcos and DPOs, but by ISPs, LCOs and independent start-ups. Consequently, while a small portion of top-end households will cut the cord completely, we expect the majority to continue with at least one TV and one broadband + OTT bundle for the large screen.

Ad recovery was volume-driven for most of the year, with an average of 3% rate growth. Though certain pockets like regional entertainment, news and sports did witness rate growth as well towards the end of 2021.

Stating TAM AdEx, the report mentioned that ad insertion was significantly higher YoY in the first three quarters of 2021, before dipping marginally below the 2020 number in Q4. Tokyo Olympics 2020, Euro 2020, ICC Men’s T20 World Cup which were all originally scheduled for 2020 were held in 2021.

45 channel genres saw an increase in the number of advertisers

GEC overtook news to be the largest contributor of ad volumes

The GEC genre led with a 28% share of ad volumes, marginally edging past the news genre which was the largest in 2020. News share in 2020 was 31%, which reduced to 28% in 2021. Hindi movies with a 21% share in ad volumes remained the top language genre. However, its share of ad volumes dropped by 2%. The music genre had a 12% share and Kids had a 3% share of the overall ad volumes.

In the event where the proposed ad cap rule does get implemented, there would be a significant impact on rates (which would increase), while volumes would decrease (particularly for music, news, and some entertainment channels), leading to an overall dip of ad revenues by approximately 10-15%.

The distribution income of TV continued to fall in 2021

The fall in revenue in 2021 was due to a fall in ARPUs as customers adjusted their packs and a reduction in the paid subscriber base by around six million television homes.

The fall in homes has been attributed to both cord-cutting at the top end as well as movement to free television (FreeDish) at the bottom end of the customer pyramid.

Free TV subscriptions increased from 40 million to 43 million on the back of less expensive television sets, economic issues, and the addition of new channels to the platform.

The fall in paid subscriptions is attributed to rural subscribers who are churning out and moving to free TV platforms and some number of urban subscribers moving consumption to connected TVs.

In 2021, broadcasters earned revenues from an average of 125 million paid subscriptions, as compared to 131 million reported in 2020.

MSO registrations increased by 3% during 2021 to reach 1,745. The Indian market is serviced by four pay DTH providers and one free DTH provider as of 2021. Operating platforms include Dish + VideoconD2H+, Tata Play, Airtel, Sun Direct and FreeDish. InCable continues to operate the lone HITS service – NXT Digital.

At the other end of the cost spectrum, connected smart television sets continued their explosive growth, doubling to 10 million connections. Connected smart TV sets are expected to reach 14 million by 2022 and 40 million by 2025. Several manufacturers have started providing advertising services on their smart TV platforms. However, there is a large base of occasionally used connected television viz. sets that connect just once or twice a month to the internet. In addition, work-from-home has created a large “laptop audience” – one reason perhaps why second TV sets are not getting re-connected, and a good case for parity- pricing between linear feeds on TV and on OTT.

As of February 2022, DD FreeDish hosted 164 channels including 91 Doordarshan channels (comprising of 51 educational channels launched during the pandemic) and 73 private channels.

Four large broadcast networks, Star India, Viacom18 Media, Zee Entertainment Enterprises and Sony Pictures Networks India, who had pulled out their content from DD FreeDish from 1 March 2019, made a comeback on DD FreeDish during 2020 to capitalise on advertising revenues and stayed on the platform through 2021, though news articles indicate that they are again planning to quit the platform in 2022.

Pay channels increased by 21, while free-to-air (FTA) channels reduced by 26, which reflects a move by broadcasters to build stronger subscription revenue products through bouquets. 62% of channels were free-to-air as compared to 64% in 2020. News channels comprised 43%2 of total channels.

According to the report, the overall impressions dropped 8% over 2020 levels with people moving back to work in 2021 and were lower than overall 2019 levels as well.

Viewership of south markets remained higher than their 2019 levels, while HSM viewership was lower than 2019 levels.

Marathi and Bengali were the only two languages to witness a rise in their total minutes of viewing. Bhojpuri was the most impacted with a fall of 36%, followed by Gujarati and Assamese. Hindi television, the largest language by viewership, lost 11%.

End-customer prices declined 1% on average to reach Rs 223 net of taxes as compared to Rs 226 in 2020. The reduction was on account of DTH subscribers fine-tuning their packs to eliminate channels that they did not wish to watch. The report stated that the industry discussions indicated that cable ARPUs did not decline significantly as most consumers opted for packs created by the MSOs and LCOs with minimal customisation. The impact of the implementation of NTO was felt as there was little scope for pack discounting by DPOs.