Media consumption has increased for 22% of families; 46% notice ads on digital, while 29% shop online: Axis My India’s CSI survey 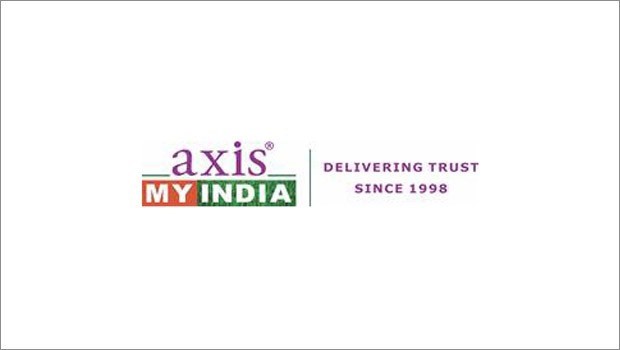 While almost 46% viewers watch ads on the internet, only a little more than half (29%) of them shop online with the most preferred apps being Flipkart, Amazon and Meesho, as per the latest findings of Axis My India’s Consumer Sentiment Index (CSI) for February.

In addition, while this month’s media consumption has increased for 22% of the families, a second majority of 29% reveal that online TV streaming services has changed the way one watches television.

The consumer data intelligence company, Axis My India, has released its latest findings of the India CSI, which is a monthly analysis of consumer perception on a wide range of issues.

As per it, the March net CSI score, calculated by percentage increase minus percentage decrease in sentiment, was up to +9, from +7 last month and reflecting an increase in the net score post the February drop because of the Omicron scare.

This month the Sentiment Index dived deeper to comprehend consumer’s behaviour with regards to online streaming, advertisement and shopping. The survey further revealed most preferred app by consumers for online shopping. Finally, it also gauged consumer views on the impact of upcoming five state elections, start-up ecosystem and RBI proposed digital currency on the nation.

Some of the key findings from the analysis are:

· Consumption of media has increased for 22% of the families reflecting a decrease of 2% from the last month. Consumption remains the same for a majority of 57% of families same as last month. The overall, net score of this month is at +1 as compared to +2 for the previous month

· Overall household spending has increased for 54% of families which reflects a 1% increase from the last month. The net score which was at +39 last month has increased by +5 to +44 this month

· Spends on non-essential and discretionary products like AC, car, refrigerator has increased for 8% of families. Expenditure nevertheless remains the same for 87% of the families. The net score is at to +3 remaining the same as last month.

· Consumption on health-related items more or less remains the same for 49% of the families, while a surge is witnessed among 35%. The health score which has a negative connotation i.e., the lesser the spends on health items the better the sentiments, has a net score value of -19 as compared to -20 last month. This signifies persisted apprehension for overall health and well-being of the consumers.

· 90% families said that they are going out the same for short vacations, mall and restaurant. Increased travel is reflected only among 5% of families while 5% reported reduced mobility. The overall mobility score which was at -3 last month has remained the same.

Some of the other findings on topics of current national interest are:

· To gauge advertisement attention in the mind space of consumers, the survey discovered that a huge 46% notice ads on internet. This behaviour is higher in the younger age groups as expected.

· The CSI – Survey furthermore captured consumer’s views on upcoming five state elections of Uttar Pradesh, Punjab, Uttarakhand, Manipur and Goa. A huge majority of 50% strongly believe that the results of these five state elections will have a considerable impact on the 2024 National Elections. These are the views of people residing across the nation and not just the election states.

· In an attempt to understand consumers view on a series of Budget announcement, Axis My India discovered that 68% believe that RBI’s proposed Digital currency/Digital Rupee will encourage safer and secure mode of online transaction/ transfer of funds. This positive outlook could mean a wider acceptance of the proposed digital currency upon its introduction. A minority of 13% and 6% believes that the digital rupee will ensure reduced dependency on cash/physical notes; and stimulate increased global as well as rural transaction respectively.

· Exploring consumer’s views on the start-up ecosystem, the survey discovered that 85% believes that start-ups are going to be the backbone of ‘New India’.

Pradeep Gupta, CMD, Axis My India, said, “With greater relaxation from the government in terms of mobility and increased encouragement from corporates to return to physical setting, we can witness the country’s effort to go back to the ‘old normal’. Consumers are spending where necessary and exercising ‘very mild’ caution on discretionary expenditures or mobility habits. Attracting consumers’ interest is also the five state elections, as they are expected to have an overall impact on the country’s economy. In addition, positive outlook towards RBI’s proposed digital currency also reflect the nations wider acceptance towards this change. PM Narendra Modi being voted as the leader best suited to guide India’s internal and external security in the wake of the current Russia-Ukraine crisis is not a surprise. Finally, increased online ad consumption and online purchase behaviour reflect the gradual dominance of digital in a consumer’s life and the need for marketers to develop an omni-channel marketing strategy.”