Inside details of Adani's media foray through Raghav Bahl

There's much more to this development than what meets the eye. The industry observers decode the game plan 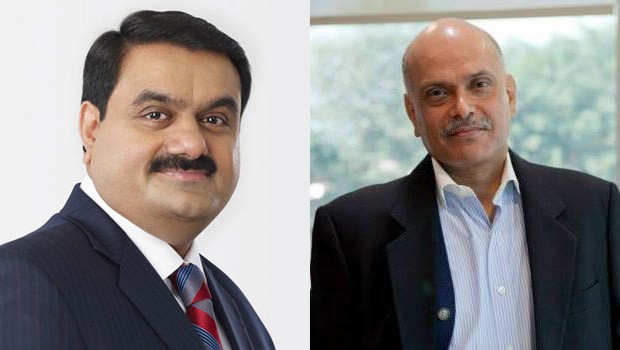 The industry observers feel Adani, through Sanjay Pugalia who's the CEO of Adani Media Ventures, has taken an unconventional step by buying a significant minority stake in Bahl's media venture.

It is not hidden that Bahl isn't in the good books of the government. His application for a TV news licence did not earn any favour from the government and the plans to launch a business news channel in partnership with Bloomberg also had to be trashed. The news stories carried by his general news website thequint.com are constantly rebuffed by the government and its supporters.

Given the constant scrutiny Bahl's media venture has faced from the government and also the speculation of his news outfit's initial closeness to Aam Aadmi Party, the question that now arises is why Adani, who's often portrayed as one of the big industrialists close to Prime Minister Narendra Modi, would draw the government's ire by supporting Bahl.

Industry observers say there's much more to this development than meets the eye. BestMediaInfo.com has learnt that Adani has very little interest in Bahl or QBM.

"What is being stitched together is not an alliance between Adani Media and QBM but a joint venture between Adani and Bloomberg. The latter has been trying to find a partner with deep pockets in India and Adani fits the bill," a source close to Adani Media Ventures told BestMediaInfo.com.

The announcement of Adani Media Ventures investing into QBM came just a couple of hours after the development of Bloomberg and Quint ending their joint venture came out in the open.

"The key player in getting Bloomberg and Adani together is Sanjay Pugalia, as he has worked with Raghav and continues to be close to him. He has managed to get Raghav an exit fee from Adani to make up for the money he's burnt in BloombergQuint," the source said.

Several industry observers pointed out a certain pattern that Bahl followed for businesses and brands that he created.

“It appears that Raghav follows a certain pattern for businesses he has built. On papers, it could be a minority stake but the truth is that Raghav went to a powerful industrialist for the second time requesting a bail-out,” an observer said.

Setting up a business news channel with Bloomberg

Bloomberg, one of the largest names in the international media markets, has been present in the Indian market for almost 14 years now but has made very little or almost no impact.

For the last few months, Bloomberg has also been in talks with the India Today Group for a potential tie up with Business Today. However, the talks have not materialised till date.

"Bloomberg has had relationships with Ronnie Screwvala, Anil Ambani and then with Raghav Bahl. All three partnerships did not make any impact on the Indian news media landscape. What Bloomberg is now looking for is a stable relationship in India that Adani can provide," another source said.

He added that Adani wants to grow his influence in India and abroad, and a business news channel with Bloomberg makes more than perfect sense.

"Last year, we saw how Adani's market cap took a beating after a couple of media houses did a story on FPI holding in Adani companies. The group has also been under fire in Australia over its mining business. In India, it is always being attacked by Rahul Gandhi and other opposition leaders. Having a large media presence is more than necessary for the Adani Group," the source added.

Another source said that even the top echelons of the Central government are supportive of Adani tying up with Bloomberg as it will help them gain some influence in the highly important international markets such as the US.

What role will Raghav Bahl and QBM play?

Sources said that Bahl may end up being the content producer and provider of syndication service for Adani media.

"This is how he started his business and it is most likely that he's going to reinvent himself the same way. His other websites such as Quint, newsminute and others are doing decently in their space. In his new partnership with Adani Media, he can be a content provider and can help Adani scale his media operations," said a person who's worked closely with Bahl.

He said that to get a TV news licence with Bahl leading the foray would not have been possible even for Adani, given this government’s relationship with Bahl.

"Adani isn't known to carry any legacy weight. Hence, it will be a fresh start with Bloomberg," the person quoted above said.

While Adani Media Ventures irons out the modalities of setting up a business news channel with Bloomberg, it is also likely to make minority investments in several other digital media platforms.

As per the sources close to the group, there is some in-house digital project for which the work has already begun.

"The offices are being set up in Gurgaon and Mumbai. Employees are being hired. There is an elaborate plan on how Adani will make its mark in the media business," the source added.

Pugalia is closely working with Pranav Adani to build the media wing of the group brick by brick.