What made Shark Tank India a fan-favourite

BestMediaInfo.com reached out to experts to find out what worked in favour of Shark Tank India and made it a phenomenal success story 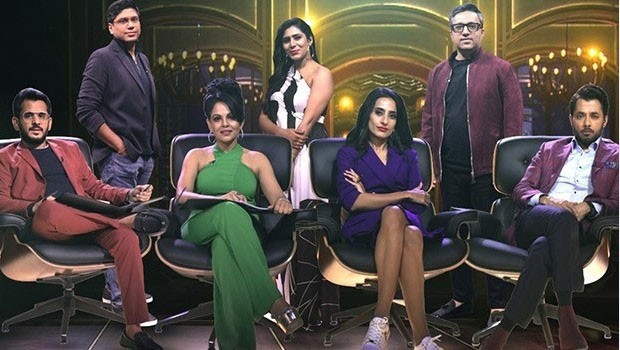 The recently concluded season one of ‘Shark Tank India’ has become the talk of the town.

In international markets, it is one of the most-viewed reality shows and has been aired in over 30 countries. However, when Shark Tank India was announced earlier last year, there were doubts about its prospects in the Indian market where reality TV has majorly been restricted to singing, dancing or game shows.

However, despite the show being technical and ‘less-dramatic’ than its other reality TV counterparts, it was watched across the length and breadth of the country. So, we asked experts their opinion on what made the show click with the Indian audience, and whether the concept had truly succeeded in bringing back audiences to TV.

According to Mansi Datta, Chief Client Officer and Head – North and East, Wavemaker India, “Shark Tank has caught a lot of viewers not just on TV but also on digital – All  3 platforms are getting the viewers- TV, OTT platform of Sonyliv, and YouTube. This goes to show wherever viewers can get their hands on the program they are viewing it. Interestingly, this program is throwing up a picture of how urban India’s upwardly mobile segment’s consumption behaviour is split almost equally between TV and digital.”

“Overall, these TV and digital audiences can be aggregated since the overlap expected between the mediums is low for this show. So, our understanding is that ‘cord cutters’- who had gone off from TV are staying off the TV and watching it on online platforms. The buzz around this program has been big, it has sparked a lot of conversation and interest and this is being reflected in the explosion of memes as well. Data shows that viewership is across age groups with young kids, youth, as well as adults, watching it and the viewership is also across genders. It has entered dinner-table conversations,” she added.

Speaking why the show has clicked with the audiences, Ashish Golwalkar, Head - Content, Sony Entertainment Television and Digital Business, said Shark Tank India is a perfect representation of ‘Badalte Bharat Ki Nayi Soch’. According to him, with a profound entrepreneurial mindset, the country is brimming with innovative business ideas and risk-takers.

“We felt it was the right time and the right environment to present this and it proved to be not just a learning ground for the audience but a testament to the fact that viewers are open to exploring content closer to their aspirations. ‘Pitches’ of people from all walks of life, at prime time, made conversations around ‘entrepreneurship’ more mainstream. Having said that, the show being available on both SET and SonyLIV gave the viewers the liberty to sample and consume it at their own pace and time, thereby engaging them through both mediums,” he said.

While people have been appreciating the show and the judges a.k.a ‘Sharks’, another factor which has also possibly worked in its favour is the organic clout through social media memes and content creators. Many that were not initially aware of the show, are now aware of it and have started following it on OTT. 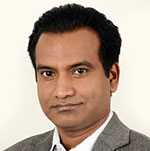 Uday Mohan, President and Chief Client Officer, Havas Media Group India, said the show is a fresh concept that has not been tried in India before and the novelty factor is working for it. He said the format of the show allows for instant gratification to the contestants for their ideas, which in reality can shape their businesses and overnight change a lot of people’s lives.

“The show provides an aspirational value to the audience, along with a healthy dose of entertainment. This balance of novelty, aspiration and entertainment is what has made Shark Tank India a huge talking point on social media and among peer circles,” Mohan said.

Abbhishek Chadha – Senior Vice-President & Business Head (North & East), Interactive Avenues, seconded Mohan’s opinion and said, “It has given enough fodder across content creators to create content. It does give brands a swing at moment marketing if done tastefully. It already has a quarter-million Facebook followers and half-a-million Instagram followers, the equity (pun intended) it has built will carry into its follow-up seasons. More than anything the entire show has woven itself perfectly to the cultural fibre of the country across its length and breadth.”

Can such shows be further experimented with for the Indian market?

With the growth of OTT in India and audiences being exposed to premium content, the difference between the content for linear audiences and digital has been growing continuously. So, with a show like Shark Tank India now being able to bridge the gap to some extent, can we expect more such content pieces in the future?

Chadha said it (Shark Tank India’s format) gives confidence for more formats within reality to open up. He also credits the show for opening up new demographics as well.

Adding to this, Dutta said, “Format shows that are non-fiction (non-saas bahu) shows do attract good audiences but they are mostly entertainment-oriented, barring KBC which is a mix of entertainment and wisdom. This show falls under wisdom enhancement and not purely entertainment-oriented and hence a little anxiety on how it will be picked up might have been there. But clearly, Indian audiences have an appetite for this kind of shows as well.”

Elaborating on the nuances involved in adapting the show format for Indian audience, Golwalkar of Sony Entertainment said their single-biggest challenge was to make the show inclusive and palatable for the Indian audience.

He added that they have spent maximum time in decoding heavy business terminologies, nuances and presented them in a language that is more colloquial and comprehensive to the audience at large.

Asked about what does the future of the property hold in terms of the ‘sharks’ and format, Golwalkar said, “The first edition of Shark Tank India has been an incredible learning experience not only for the viewers but for us as well. We will, in time, prepare for the next season.”